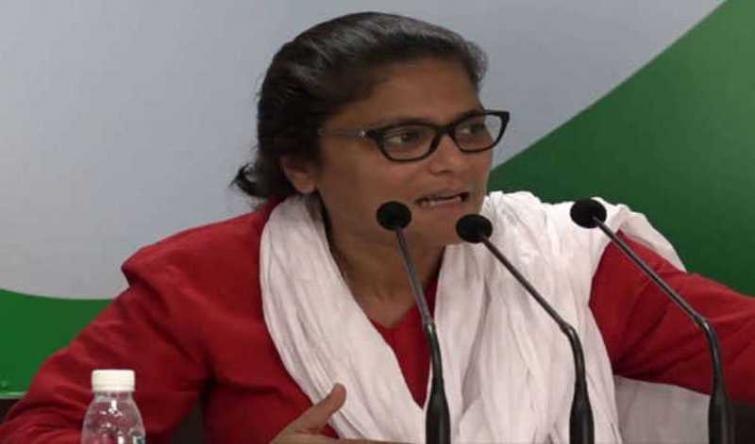 New Delhi, Oct 25 (UNI) Hitting out at the BJP on its reported move to seek support from rape accused Gopal Kanda for Government formation in haryana, All India Mahila Congress president Sushmita Dev on Friday said that on the one hand they boast of having a woman minister for Defence and Finance while on the other hand they accommodate rapists in their party.

Taking to twiter, the All India Mahila Congress said that BJP's new kingmaker Gopal Kanda is a rape and abetment to suicide accused .

In 2012 , a 3 member team of the NCW, headed by @shaminaaaa , visited Kanda's office in Gurgaon and questioned Kanda's legal advisor in the Geetika Sharma case', the twitter handle of the AIMC read.

In a letter to Home Minister Amit Shah, Dev asked as to why the party which upholds the 'Beti Bachao Beti Padhao' slogan is having dual standards when it comes to a rape accused person like Kanda.

Sushmita Dev has, in her letter, mentioned that if the party thinks about having ties with a person like Kanda it will raise serious questions over the party's morality and slogan.

Senior BJP leader Uma Bharti has also said that the party should form the government by joining hands with people who share its morals and are clean like the people in the party.

She said that the party should decide to be with people who are clean like all the party members who lead a clean life.

Meanwhile, Kanda who claims to enjoy support of around five independent MLAs, is likely to meet Amit Shah to extend support to the BJP for forming government, sources said.