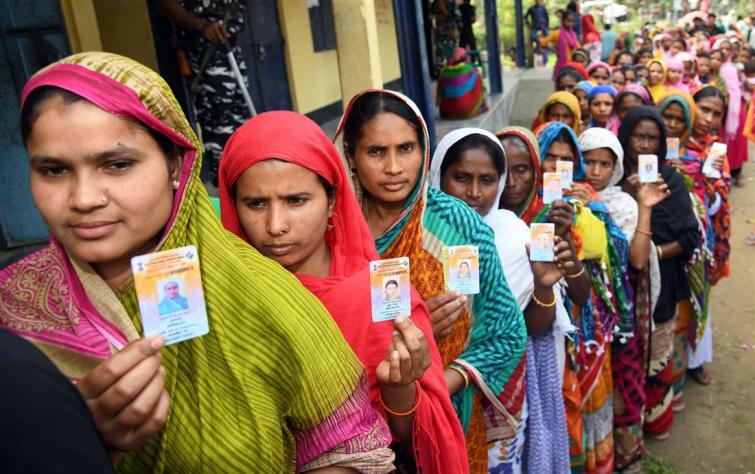 Guwahati/IBNS: At least 74.15 percent voter turnout has been recorded till 5 pm across the four assembly constituencies in Assam that went to bye-election on Monday.

Chief Electoral Officer of Assam Mukesh Sahu said that, 74.15 percent polling was recorded till 5 pm and the polling percentage is likely to be increased.

The bye-election was held in Ratabari, Rangapara, Sonari and Jania assembly constituencies.

Polling started at around 7 am in all the 830 polling stations of the four assembly constituencies.

A total of 20 candidates are in fray in four assembly seats and a total 6,78,898 voters went to cast their votes to elect their legislators.

On the other hand, 90.74% voter turnout has been recorded till 5 pm in Arunachal Pradesh’s West Khonsa seat and 79.83% in Meghalaya’s Shella seat.