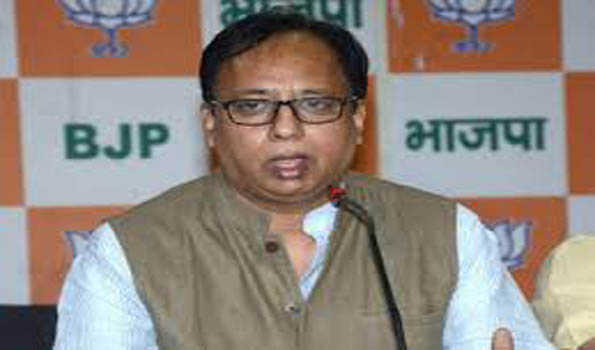 NDA candidates to emerge victorious on all seats in by-polls : Bihar BJP chief

Motihari, Oct 21 (UNI) Bihar BJP president and MP from West Champaran Dr Sanjay Jaiswal today claimed that NDA would win all seats in by-elections in the state and claimed that his party would return to power in Maharashtra and Haryana.

Speaking at a function to symbolise commencement of ‘Gandhi Padyatra’ from Ajgari village under Banjaria block area in his parliamentary constituency, Dr Jaiswal said that NDA would sweep by elections in Bihar and elections in Maharashtra and Haryana as NDA continued to inspire confidence among people. He said, NDA would repeat its performance in electoral battle and there was no doubt it.