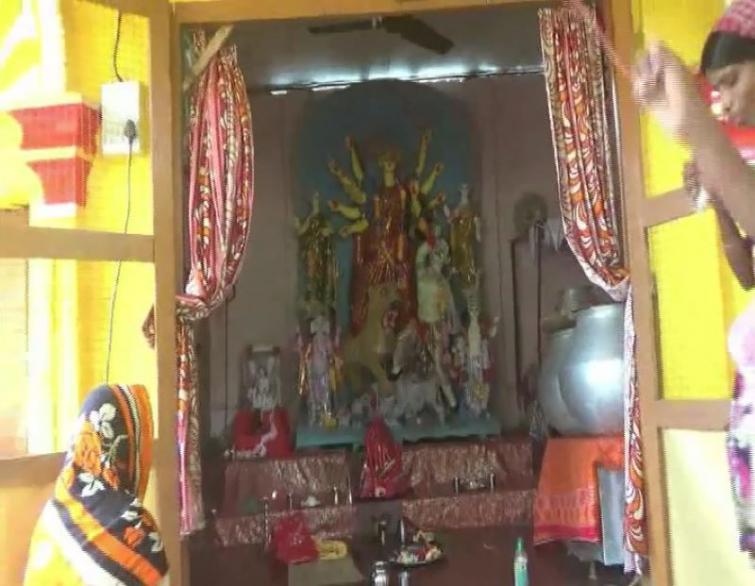 Guwahati, Oct 5 (IBNS): Like every year, the villagers of Manikpur area in Assam’s Karimganj district along Indo-Bangladesh border have celebrated the Durga Puja at a special Durga temple which is located in the Bangladesh side.

The puja is conducted at the Durga temple, which old-timers claim was built more than 170 years ago.

After Independence, the temple fell into East Pakistan (today’s Bangladesh) territory and it is on the other side of the barbed wire fencing on the Indian side. 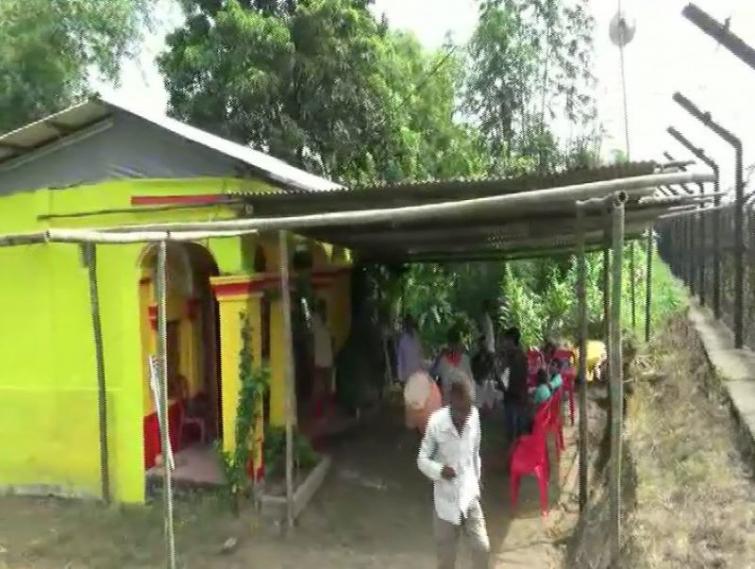 But the barbed wire fence and the boundary does not dampen the spirit for conducting Durga Puja .

According to the locals of Manikpur village – a border village of Assam’s Karimganj district said that, earlier the Border Security Force (BSF) didn’t allow the villagers to perform puja rituals by crossing the boundary. 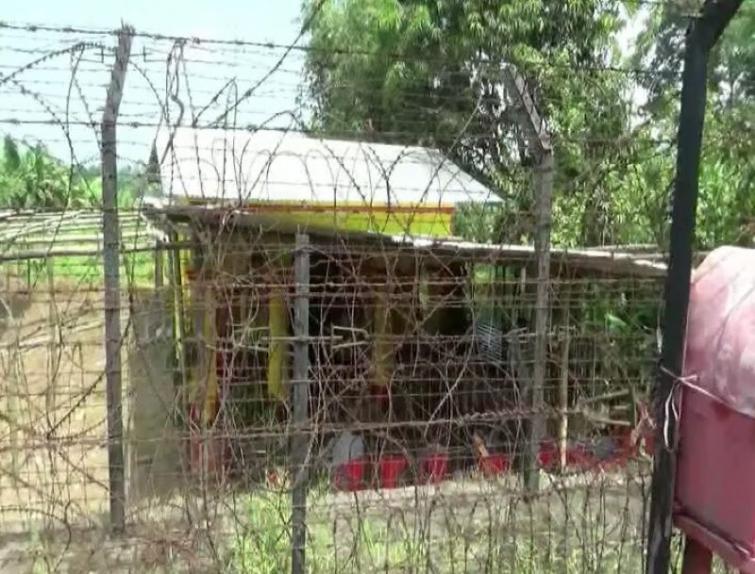