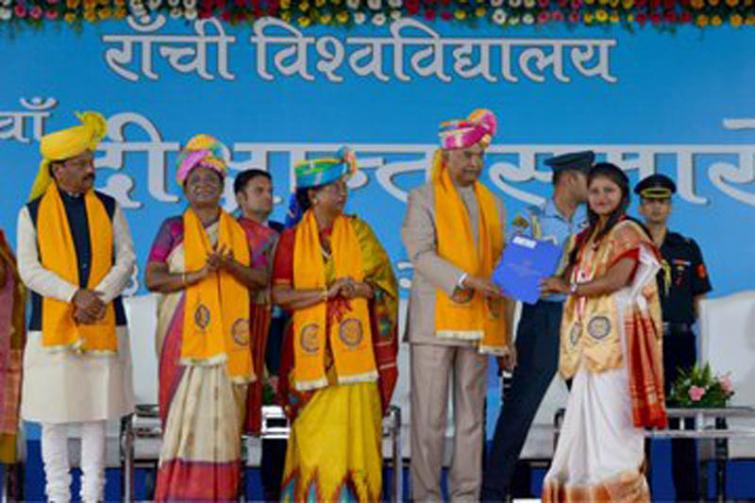 Speaking on the occasion, the President said that Jharkhand is home to 40 per cent of the country’s mineral reserves. Many big public and private sector industries are established in the state. There are many tourists’ attractions in Jharkhand. The state has also many good educational institutions. On the strength of many such characteristics of Jharkhand and the talent of youth, it has potential to become a developed state.

The President noted that Ranchi University has established Department of Ethnic and Regional Languages in 1980 to preserve and promote languages and culture of Jharkhand. At present five tribal languages - Kudukh, Mundari, Santhali, Ho and Kharia - are taught in the University.

He said that the knowledge of tribal languages and cultures should be used to connect with the community and for development. We should learn from the tribal communities to meet our needs in harmony with nature.

He said that the Ranchi University could make multi-dimensional contribution by encouraging research on tribal culture and civilization.

The President said that universities should contribute towards Universities' Social Responsibility (USR). At least five students from each university should go to nearby villages at an interval of about two months, and if possible, stay there at night and interact with the villagers.

They should communicate with the villagers about welfare and development schemes of the central and state government. He urged Ranchi University to pay special attention to USR.