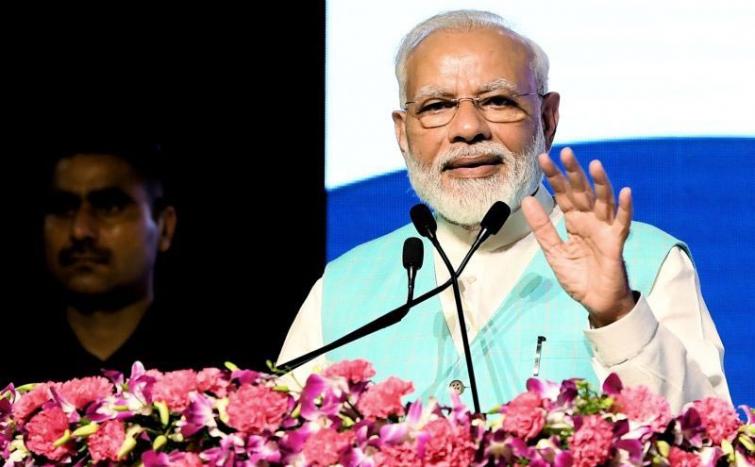 Indian solutions for global application is our goal, commitment : PM Modi in Chennai

Speaking after giving prizes to the winners of the 36-hour Singapore India hackathon at IIT-Madras, he said 'we are encouraging Innovation and Incubation for two big reasons, One is - e want easy solutions to solve India's problems, to make life easier.'

'And another, we, in India want to find solutions for the whole world', he added.

'Indian Solutions for Global Application - this is our goal and our commitment', he said, adding 'we would also like our cost effective solutions to be available to serve the needs of the poorest countries, Indian innovation in support of the poorest and the most deprived, no matter where they live', he said.

Stating that technology unites people, even across countries, across continents, Modi proposed a similar Hackathon involving those Asian countries that may be interested in participating, with support from NTU, Government of Singapore and Government of India.

Noting that India had given great emphasis to innovation and incubation in the last five year, he said programmes like Atal Innovation Mission, PM Research Fellowships, Start-up India Abhiyan were the foundation of 21st century India, an India that promotes a culture of innovation.

'We are now trying to give exposure to modern technology like Machine Learning, Artificial Intelligence, Blockchain to our students as early as in sixth grade. From school to research in higher education, an ecosystem is being created that becomes a medium for innovation', he said.