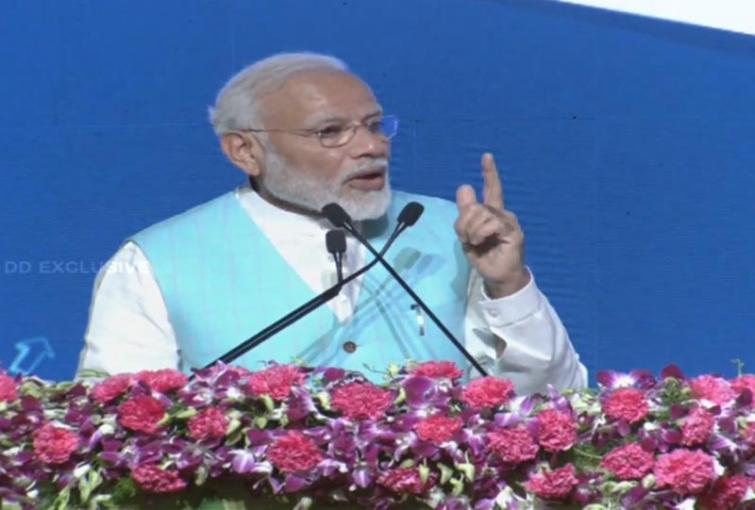 Tamil became talking point in US during my visit: PM Modi

Chennai: Visiting southern state Tamil Nadu on Monday, Prime Minister Narendra Modi shared an experience of how Tamil language became a talking point in the US during his recent trip to the country.

"During my USA trip when I said something in Tamil, when I told the world that Tamil is the world's ancient language, the language became a talking point in America," Modi said after arriving at Chennai where he attended the Singapore-India Hackathon.

This is Modi's first visit to the state after his party scripted a landslide victory in the 2019 General Elections. However, the BJP has failed to make an inroad in Tamil Nadu, where AIADMK and DMK are the main players.

Speaking at the Hackathon, the Prime Minister praised the young students who are involved in the event saying, "You've been working for the last 36 hours on this hackathon, and I don't see fatigue, just fresh faces. I see satisfaction of a task well accomplished. I think the sense of satisfaction comes also from Chennai's special breakfast."

"I had suggested this idea of a joint hackathon during a visit to Singapore. Last year, this was organised in Nanyan Technical University in Singapore, and this year, it has been organised at IIT Madras," he added.

Modi further said, "I've also been told that last year, the focus of the Hackathon was competition. This time, each team consists of students of both countries, who have worked together to solve problems. It can be safely said that we've moved from competition to collaboration."