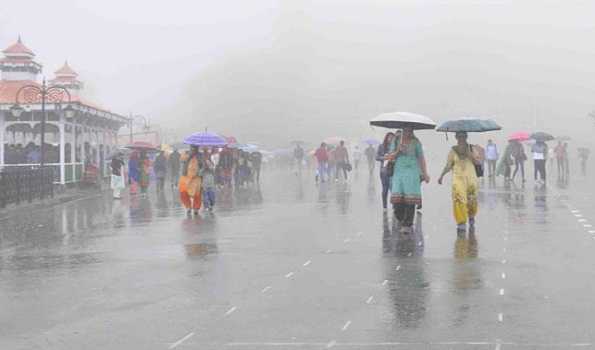 73 dead in heavy rains in UP, Bihar flooded

A red alert of heavy to very heavy rainfall has been sounded in most districts of eastern Uttar Pradesh.

In Bihar, several other districts received heavy downpour in the last three days resulting in flooding of many parts.

The situation has disrupted rail and road traffic.

As a result of heavy rains in Patna, several trains have been cancelled.

The district administration has ordered the closure of all schools in the city till Tuesday.

Heavy rain has also been reported in Uttarakhand, Jammu and Kashmir, Rajasthan and Madhya Pradesh.

In all these places, several people have died in rain-related incidents in the last few days.

Rescue teams have been deployed in some districts in Bihar where a flood-like situation has emerged.

According to the National Disaster Response Force, 18 teams have been deployed in the state.