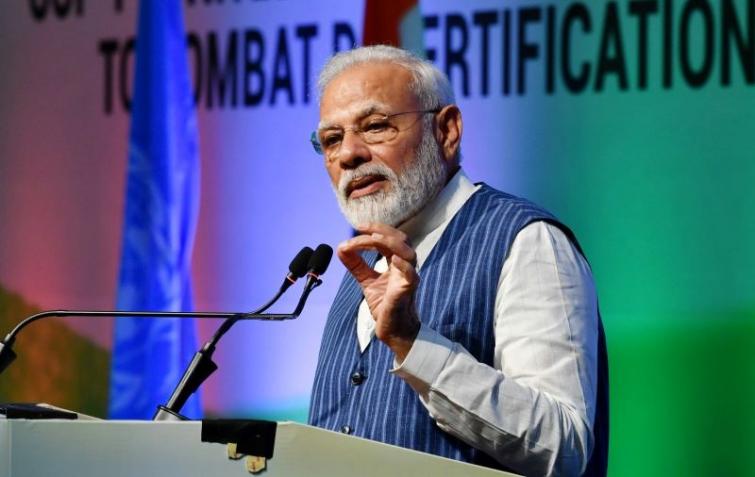 We encourage dialogue between Bangladesh and Myanmar on Rohingya issue, says India

New York, Sept 26 (UNI): India on Thursday said that it has engaged with both Myanmar and Bangladesh on the Rohingya issue and has also encouraged both the countries for a dialogue on the issue.

"We have extended development assistance to Myanmar for construction of some houses, we have also provided assistance for displaced persons who are in Bangladesh and we do encourage talks which is going on between two countries," MEA spokesman Raveesh Kumar told reporters here.

Prime Minister Narendra Modi is likely to have bilateral with his Bangladesh counterpart on the sidelines of UNGA here probably on Friday.

Answering questions, he said the trade talks between India and the US are continuing but nothing can be shared as of now. "These are all delicate issues," he remarked adding "we are hopeful".

MEA spokesman also said Modi will have a bilateral meeting with Iranian leadership on Thursday.

To a question on the meeting between External Affairs Minister Dr S Jaishankar and his Chinese counterpart Wang Yi, the MEA spokesman said the focus was on informal Summit between PM Modi and Chinese President Xi Jinping that is to be hosted in India in October.

"There are several issues on the table. Two Ministers discussed on how to close the gap on some of the issues, so that there is better preparation when the two leaders meet," he said.