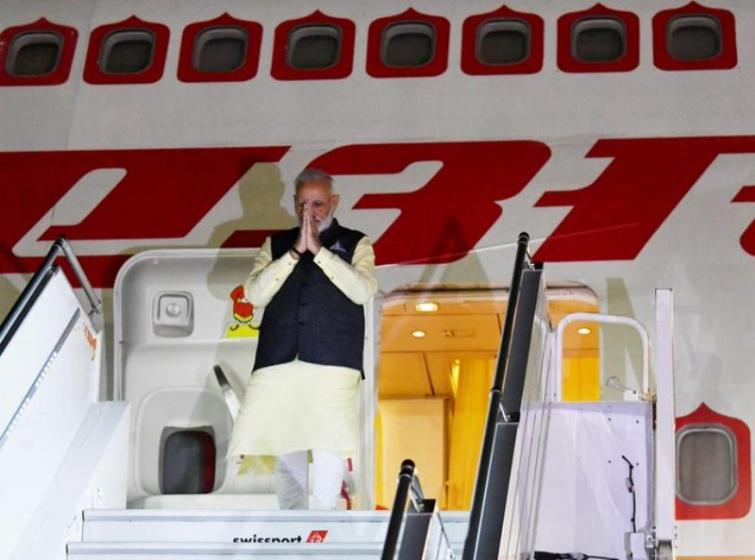 In his address at this event, the Prime Minister is expected to showcase what India has done to address Climate Change issues and also highlight Indian expectations and aspirations from the international community to address this very pressing problem.

"Lending India’s voice to the global discourse. PM Narendra Modi arrives in New York for #UNGA74. PM will be participating in sessions on Climate Change, SDG, and universal health among others and will meet India’s various regional/multilateral partners," MEA spokesman Raveesh Kumar tweeted.

PM @narendramodi arrives in #NYC for #UNGA74. PM will be participating in sessions on Climate Change, SDG, and universal health among others and will meet India’s various regional/multilateral partners. pic.twitter.com/JKxkxtiUNC

UN Secretary General António Guterres will be also hosting an important meet during the day on the Universal Health Coverage.

The Government of India’s program of Ayushman Bharat is the world’s largest healthcare initiative and thus Prime Minister will be focusing on showcasing the programme at this event.

PM Modi will also attend the Leaders' Dialogue on Strategic Responses to Terrorist and Violent Extremist Narratives at the United Nations headquarters here.

This is a dialogue jointly hosted by the King of Jordan, the Prime Minister of New Zealand, the President of France and the UN Secretary General.

The Prime Minister has been invited to speak at this event.

Other speakers, who have also been invited include the President of Kenya and Indonesia, the Prime Minister of the United Kingdom and the Chancellor of Germany, sources said.

Later in the day, the Prime Minister will inaugurate Gandhi Solar Park at the UN headquarters and Gandhi Peace Garden.

PM Modi arrived in New York on the second leg of his week-long US visit after a highly successful rally at Houston wherein US President Donald Trump also joined him in addressing the Indian diaspora.

Among other programmes in New York, Prime Minister will have bilateral engagement with US President Donald Trump on Tuesday and he will also address the UN General Assembly on Sept 27.