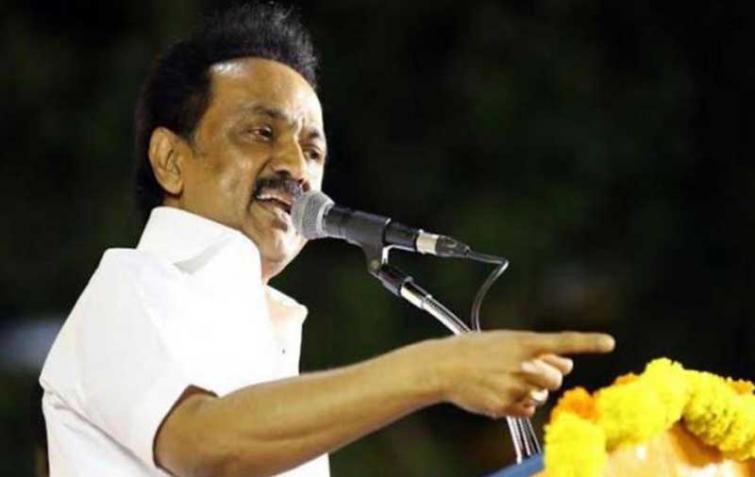 Chennai: Slamming Union Home Minister Amit Shah for his call to make Hindi the language of the country, DMK chief MK Stalin has asked the saffron leader to withdraw the statement.

On the occasion of Hindi Diwas, Shah, who is also the president of the ruling Bharatiya Janata Party (BJP), said Hindi, which is widely spoken in the country, must be made the language of the country.

The BJP president tweeted, "India is a country of multiple languages and each of them have significance. But there must be one language for the whole nation which will give India an identity at the world stage. It is only widely-spoken Hindi language can bind the whole nation."

Countering Shah, Stalin has also threatened to fight against the "Hindi imposition" democratically.

On several occasions, the southern political parties including DMK had accused the Narendra Modi government of imposing Hindi language upon people.