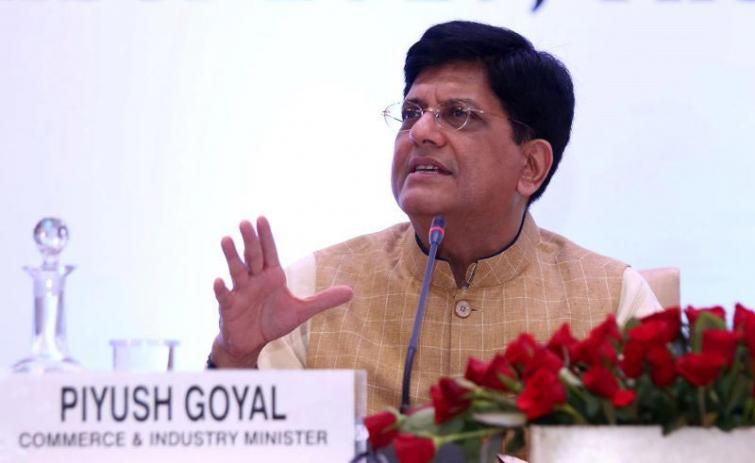 Made a mistake, though 'primary message was lost' says Union Minister Piyush Goyal on Einstein comment

Mumbai, Sep 13 (UNI) Union Commerce and Industry Minister Piyush Goyal, who was under attack on social media for incorrectly attributing Newton’s discovery of gravity to Albert Einstein, on Friday acknowledged that he had erred and lamented that the primary message that he was trying to deliver was lost in the rush to highlight his mistake.

''Mistakes are made by everybody and I am not one of them who is scared of making a mistake,'' said Goyal said at an event to flag off new trips of Rajdhani Express from Mumbai’s Chhatrapati Shivaji Maharaj Terminus.

Giving clarification on his comments on Thursday, Goyal, also Railways minister, has said, ''There is a very mischievous and baseless narrative sought to be presented about my closing comments at the meeting.''

Speaking to reporters at the second meeting of the Board of Trade in New Delhi, Goyal has said "If you're looking at a five trillion dollar economy, the country will have to grow at 12 per cent. Today it's growing at 6 per cent", adding that "Don't get into those maths. Those maths have never helped Einstein discover gravity... If you'd only gone by structured formulae and what was past knowledge, I don't think there would have been any innovation in this world.''

The Minister has said the comment he made had a certain context.

''Unfortunately some friends have sought to remove the context, pick up one line and create a very mischievous narrative," he has said.

In his clarification, Goyal also has said he encouraged businessmen and industrialists to aspire for one trillion dollar exports in next five years.

The comment has a certain context which was removed, he has maintained.