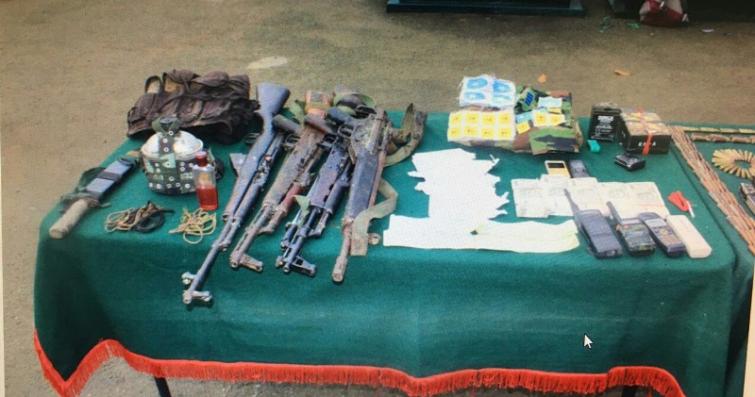 According to the reports, the arms and ammunition were recovered from a house of a leader of Naga outfit NSCN (IM).

Based on specific information regarding presence of NSCN (IM) cadre, troops of Indian Army along with police representative launched an operation at Namsa area.

On specific search of the house of Self Styled Lt Akho of NSCN(IM) in the area, troops recovered two AK 47 rifles, one HK rifle and one Semi Automatic rifle, six magazines, four grenades of Under Barrel Grenade Launcher, one Improvised Explosive Device (IED) with Remote Control, assorted ammunition (191 rounds of 5.56 mm and 478 rounds of 7.62 mm), two radio sets with one spare battery, Rs 2,18,000 cash, extortion slips and other warlike stores from the house.

Despite the peace talks with the centre, NSCN (IM) continues to resort to forced extortion and illegal activities which are in gross violation of Ceasefire Ground Rules, thereby violating the peace and tranquillity in the region.

Later, the recovered items were handed over to Tizit police station at Namsa for further investigation.