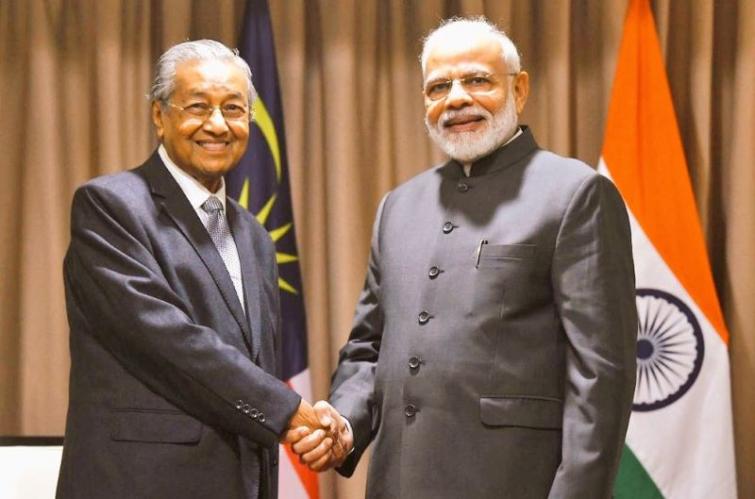 "It is true Prime Minister Modi raised the issue. Both the parties have decided that officials will stay in contact regarding the matter," Foreign Secretary Vijay Gokhale told reporters here.

"Hamare liye yeh mahuta purna vishay hae (This is an important issue for us)," Gokhale said briefing reporters about the Prime Minister's bilateral engagements on the sidelines of the Eastern Economic Forum.

Gokhale said during the meeting Mr Modi explained to Prime Minister of Malaysia about the "rationale" behind the abrogation of Article 370 in Jammu & Kashmir and how the step has been essential in terms of giving effective governance to the region.

"He unequivocally expressed terrorism in any form is something Malaysia is against."

Gokhale also said during the bilateral meeting between Modi and Japanese PM Shinzo Abe, the Japanese leader referred to the recent visit of Indian Defence Minister Rajnath Singh to Japan and during which substantial issues have been discussed about mutual cooperation.

"He hoped that some of the discussions would also lead to outcomes," Gokhale said.