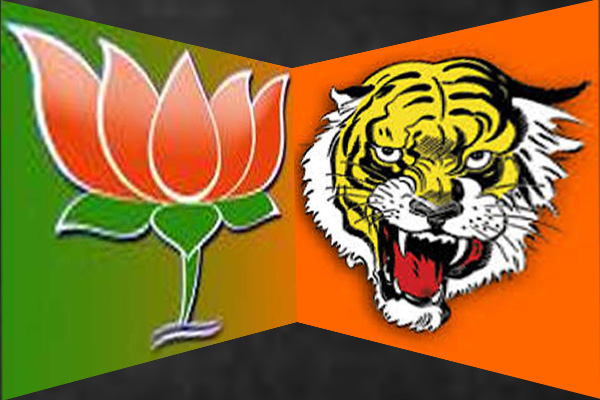 Shiv Sena to skip Maha swearing-in, but in support of grand event

The Shiv Sena said in its mouthpiece Saamna: “It's laughable to hear criticism from those who supervised the loot of the state.”

The statement came in the wake of Congress’ criticism about the grand event which has 30,000 invitees, a top Bollywood art director designing the sets and giant LED screens to show images of Maharashtra's history and culture.

Prime Minister Narendra Modi will also be present at the occasion.

The BJP has 123 legislators while the Shiv Sena won 63 seats in the legislative Assembly.

Even after taking the support of independent candidate, the saffron brigade is still short of about seven seats to achieve the halfway mark in the 288-member Maharashtra assembly.

In Maharashtra, all previous alliance partners - BJP and Shiv Sena of NDA and Congress and NCP of UPA - fought elections individually after failing to forge pre-poll tie-up.

Sources said that the Sena was being seen as a natural choice for the BJP to go ahead with in Maharashtra.

Earlier, when the BJP and the Shiv Sena last ruled the state together between 1995 and 1999, the latter was the lead player in the coalition.  The BJP was the junior partner then.