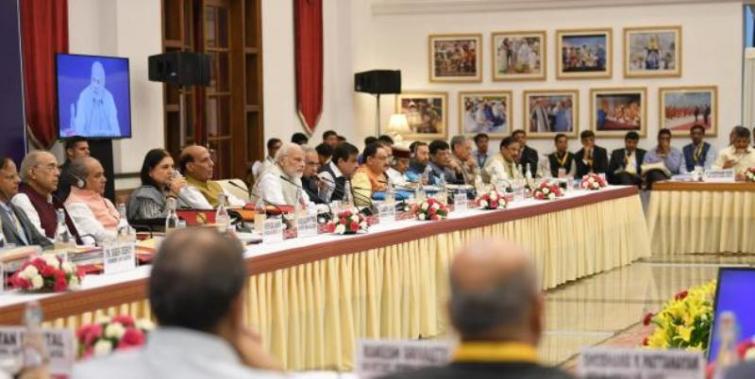 Scientific management of water is increasingly recognized as being vital to India’s growth and ecosystem sustainability.

The newly formed Jal Shakti Ministry under the guidance of Prime Minister Narendra Modi has strived to over-bridge the water challenges by launching the Jal Shakti Abhiyan - a campaign for water conservation and water security.

NITI Aayog first launched and conceptualized the Composite Water Management Index in 2018 as a tool to instill the sense ofcooperative and competitive federalism among the states.

This was the first ever attempt at creating a pan-India set of metrics that measured different dimensions of water management and use across the lifecycle of water.

The report was widely acknowledged and provided actionable guidance to States on where they were doing well absolutely and relatively and what they needed to focus on to secure their water future.

The CWMI is an important tool to assess and improve the performance of States/ Union Territories in efficient management of water resources.

This has been done through a first of its kind water data collection exercise in partnership with Ministry of Jal Shakti, Ministry of Rural Development andall the States/ Union Territories.

The index would provide useful information for the States and also for the concerned Central Ministries/Departments enabling them to formulate and implement suitable strategies for better management of water resources.

In North Eastern and Himalayan States, Himachal Pradesh has been adjudged number 1 in 2017-18 followed by Uttarakhand, Tripura and Assam.

The Union Territories have first time submitted their data and Puducherry has been declared as the top ranker. In terms of incremental change in index (over 2016-17 level), Haryana holds number one position in general States and Uttarakhand ranks at first position amongst North Eastern and Himalayan States.

On average, 80% of the states assessed on the Index over the last three years have improved their water management scores, with an average improvement of +5.2 points.

The overall ranking for reference year 2017-18and change in the rankings from the base year 2016-17 of different States in the Report is given in Charts-1 and Chart 2.