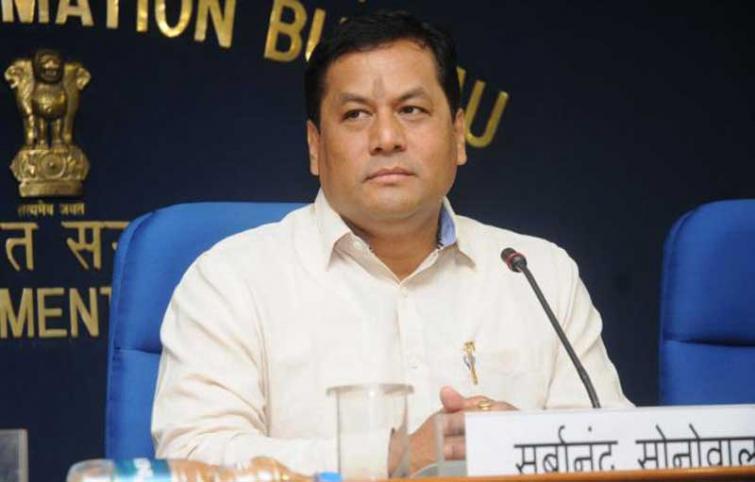 Guwahati, Aug 23 (UNI) Ahead of publication of final, updated National Register of Citizens (NRC) for the state on August 31, Assam Chief Minister Sarbananda Sonowal today reviewed the law and order situation in a meeting with the Deputy Commissioners (DCs) and the Superintendents of Police (SPs) of all districts.

Directing the DCs and the SPs to maintain close relations with the influential people and opinion makers in the society, Sonowal asked them to ensure no misunderstanding regarding the NRC process remained among the people.

He also instructed the district administrations to take help of public representatives like MLAs, Zilla Parishad members, Panchayat members and dedicated NGOs etc. to make all sections of the people aware about the real implications of NRC process, which was being monitored by the Supreme Court of India and legal ways that would be available to the people excluded from NRC.

Referring to a statement of Ministry of Home Affairs (MHA), he asserted that even people excluded from NRC would not be treated as foreigners and Foreigners’ Tribunals are the ultimate authority in declaring a person foreigner after a stipulated process.

The MHA had recently issued a statement which informed that non-inclusion of a person’s name in the NRC does not by itself amount to him or her being declared as a foreigner as they would be given adequate opportunity to present their case before the Foreigners Tribunals (FTs).

The statement also informed that MHA would amend the rules to increase the present time limit of filing of appeals in FTs from 60 days to 120 days regarding exclusion from final NRC.

Saying that Assam had the distinction of being the first state where NRC was being updated, Sonowal urged the DCs and the SPs to extensively tour their districts and spread the right message about NRC among the people through discussions with various stakeholders.

He also expressed optimism that people of the state would extend their wholehearted cooperation this time also like in the time of publication two draft NRCs in maintaining peace and harmony.

The chief minister also asked the police to make the youth aware about right usage of social media and harms of spreading rumours and misinformation.
The first draft of the NRC was released on midnight of December 31, 2017, with names of 1.90 crore applicants included in it, and the final draft was published on June 30, 2018.

The process of receipt of NRC application forms started during end of May 2015 and ended on August 31, 2015, and the final updated NRC will be released on August 31 next.