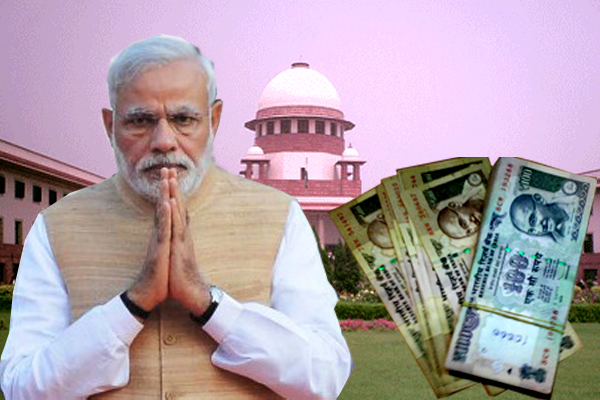 Whoever looted this country will be punished: SIT on Black money

In an interview to NDTV channel, Justice MB Shah, the Chairman of the SIT said that the deadline for probe is realistic. The investigation process of finding the source of untaxed money in foreign bank accounts will be completed by March 31, as set by the Supreme Court. “I am 100% confident that we will meet the March 31 deadline,” Shah told NDTV.

Shah asserted that the “big fish” will be caught. “Big fish won't get away, all equal before us. Whoever looted this country will be caught and punished both economically and otherwise.”

Justice Arijit Pasayat who is the Vice-Chairman of the SIT, clarified that they will go beyond the list of 627, which the Centre has submitted in front of the apex court on Tuesday. “Supreme Court wanted expedited hearing of the matter,” he said.

It is noteworthy to mention that the Central government submitted a list of 627 foreign account holders to the SC on Wednesday in a sealed envelope. The court had passed on the list to the top officials of the SIT.

Pasayat however admitted the top court has made it clear that for now, the list will not be made public in compliance with India's tax treaties with other countries which demand no names be disclosed till charges are framed. “Names have to be kept confidential till there is proof,” he said.

The SIT also invited information from the public on the issue. The expert panel, comprising retired judges and regulators, said that they will soon release an email ID where anyone can give information.

“The public can give us credible information on black money. We will investigate that information, but we want credible inputs - do not expect us to go on a fishing expedition.”

It has been learnt that the SIT will meet later on Thursday to work out details of its inquiry to meet the deadline.