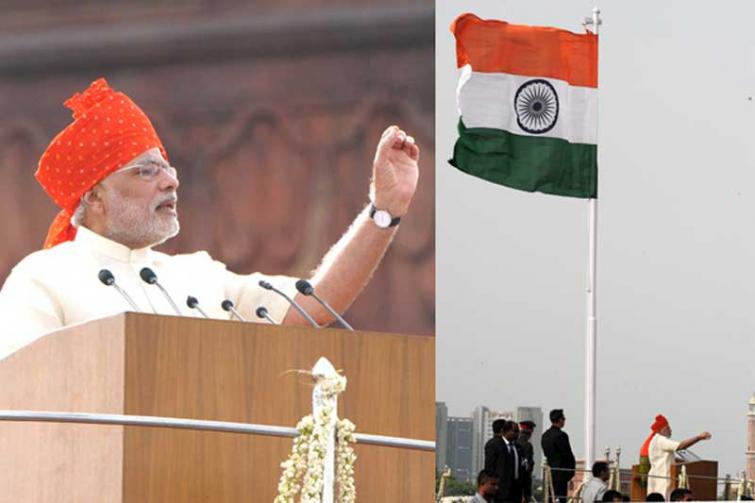 Srinagar/New Delhi, Aug 13 (IBNS): The Centre is making big plans to celebrate Independence Day in Jammu and Kashmir where it withdrew the special status by scrapping Articles 370 and 35A  recently.

India will clebrate its 73rd Independence Day this Thursday.

According to media reports, the national flag will be hoisted at Lal Chowk in Srinagar. Union Home Minister Amit Shah is planning to visit the state.

If the Union Home Minister unfurls the Tricolour at Lal Chowk, the main commercial centre in Srinagar, on Independence Day, it would be yet another historical move by Prime Minister Narendra Modi-led NDA government, reported Times Now.

PM Modi-led Centre is making preparations for a massive celebration with Lal Chowk as the main theatre, highly-placed sources have told Times Now.

Modi, who was once a Rashtriya Swayamsevak Sangh pracharak and former BJP president Murli Manohar Joshi had unfurled the Indian national flag at the Lal Chowk in Srinagar on Jan 26, 1992.

Meanwhile, the Supreme Court on Tuesday said the situation in Jammu and Kashmir is still sensitive and the Centre must get a reasonable time to ensure normalcy in the valley, media reports said.

The top court said while it was hearing a petition seeking an immediate lifting of lockdown in Jammu and Kashmir which has lost its special status by the Centre's move of scrapping Article 370.

"We expect normalcy. But nothing can be done overnight. Nobody knows what's happening. One has to rely on the government... It is a sensitive issue," the top court has been quoted by NDTV.

The apex court has also adjourned the case for two weeks.

Several Kashmir leaders including former Jammu and Kashmir Chief Ministers- Omar Abdullah and Mehbooba Mufti- have been kept under detention. Section 144 is still imposed in the state.

In the wake of the abrogation of Article 370 and a consequent provisional lockdown to prevent violence, the Jammu and Kashmir Police has appealed all to not believe in rumours spread by few media that violence erupted in the state while categorically rubbishing foreign media reports of a police firing. Not a single bullet was fired in the last six days, said the top police officials in Kashmir on Sunday.