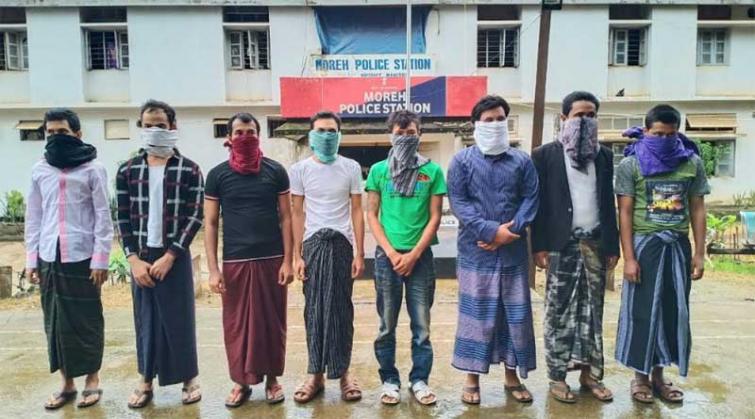 Guwahati, Aug 13 (IBNS): The troops of Assam Rifles and Manipur police have arrested seven Myanmar Muslims, who are suspected to be Rohingyas, along with one Myanmar transporter from Moreh area in Manipur along the Indo-Myanmar border on Monday night.

According to reports, during checking along the Indo-Myanmar border, the troops of Assam Rifles and Manipur police have arrested the suspected Rohingyas along with a transporter from the border area while they were trying to cross the border.

During interrogation, the arrested Myanmar nationals revealed that they were first moved to Thailand from Myanmar and then they entered India through Bangladesh.

They also revealed that they had resided at Deoband in Uttar Pradesh and Delhi for last two years without Passport and Visa and they had collected duplicate Aadhar card and Indian Voter ID card.

They came to cross the border passing through North Eastern states by train and bus.

For further legal action they were handed over to Moreh police station.