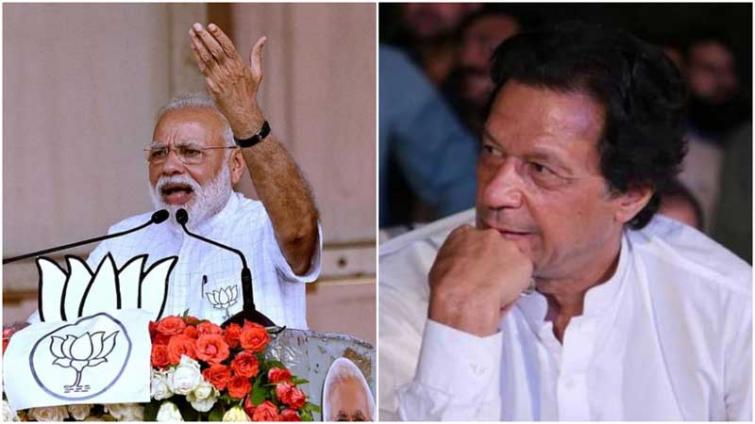 Islamabad, Aug 9 (IBNS): In the wake of PM Narendra Modi-led government's recent move in Kashmir, the Pakistan government has decided to ban all cultural exchanges with India.

The government also  launched a national slogan ‘Say No to India’ on Thursday.

“All kinds of Indian content have been stopped and Pemra [Pakistan Electronic Media Regulatory Authority] has been directed to step up its vigilance in this regard along with actions against the sale of Indian DTH instruments,” Special Assistant to Prime Minister on Information and Broadcasting Dr Firdous Ashiq Awan was quoted as saying by Dawn News.

The special assistant was quoted as saying by Dawn News that the National Security Council had decided to establish a group and thus Pakistan would fight the “Hindutva” ideology from all fronts.

“The external communications will be dealt with by the ministry of information, Foreign Office and the Inter-Service Public Relations (ISPR) as per nature of information,” Dr Awan said.

“No Indian film will be screened in any Pakistani cinema. Drama, films and Indian content of this kind will be completely banned in Pakistan,” tweeted Special Assistant to the Prime Minister on Information and Broadcasting Dr Firdous Ashiq Awan as reported by Dawn News.

Narendra Modi speaks on Kashmir issue to the nation:

Vowing to rid Jammu and Kashmir of terrorism and set in motion a rapid development process, Prime Minister Narendra Modi on Thursday addressing the nation on the scrapping of Article 370 from Jammu and Kashmir said the people of the former state  will have a government chosen by them with a Chief Minister and cabinet like before and it will not be a Union Territory forever.

Addressing the nation on the All India Radio and other government media platforms, the Prime Minister said the government has taken a historic decision and with the revoking of Article 370, the hurdle to development will now go.

"People of Ladakh and Jammu and Kashmir were deprived of their rights so far. The dreams of Sardar Patel, Babasaheb Ambedkar and Shyamaprasad Mukherjee would now be realised," Modi said.

The PM said for a long it seemed Article 370 seemed will never change. "It was causing harm to our generations. No one could ever explain how it had helped or improved the lives of people of Jammu and Kashmir," he added.

Modi said Article 370 has only paved way for corruption and dynastic politics.

"About 42,000 innocent people had died in the past decades. Jammu and Kashmir and Ladakh could never develop the way it should have been. Now things will be improved and their future will be protected," he said.

The Modi government  scrapped Article 35 A and Article 370 which were used to give Jammu and Kashmir a special status.