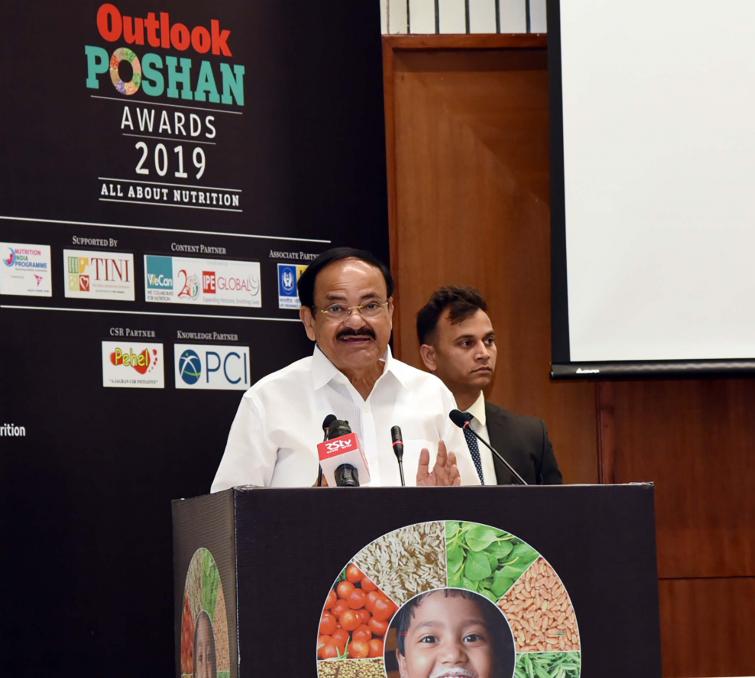 New Delhi, Aug 4 (IBNS): Vice President of India M. Venkiah Naidu called for strengthening library movement from universities to villages and said it should become a jan andolan on the lines of Swachh Bharat and Beti Bachao, Beti Padao programmes.

Inaugurating the Centenary celebrations of Patna University Library at Patna, Bihar today, he said that libraries were temples of knowledge. For centuries India was once known as Vishwaguru and our ancient Universities were treasure houses of knowledge.

People from across the globe used to come to India to learn and enrich their knowledge.

Shri Naidu said that books were greatest sources of transmission of culture. “Books are our intellectual and cultural capital. They are parts of our intangible heritage”, he added.

The Vice President said that the habit of reading should be inculcated among students from a young age.

He also emphasized that one should never forget one’s mother, native place, mother tongue, motherland and the Guru, who provided knowledge and wisdom.

Naidu said that libraries must become vibrant places of learning and become forums for promotion of knowledge and literary issues.

In order to retain the relevance of library in the age of Google, Naidu said that it was essential to undertake digitization of libraries for easy access to students, researchers and others.

Saying that students require holistic education and skills that equip them to face the challenges of the 21st century, the Vice President urged Universities and educational institutions to change their teaching methods and curricula.

Calling upon Indian educational institutions to match international standards, the Vice President said that famous universities of ancient India such as the Magadh University have made India the ‘Vishwaguru’.

Saying that India generously shared its wisdom for the betterment of the humanity all over the world, he stressed that India never considered its knowledge as ‘Intellectual property, and shared it with larger world.”

The Vice President called upon universities and higher education institutions to strive for achieving highest standards and recapture the past glory to make India the Vishwaguru again.

Earlier, he visited the Manuscripts Section of Patna University Library and saw some of the rare and oldest manuscripts preserved there.