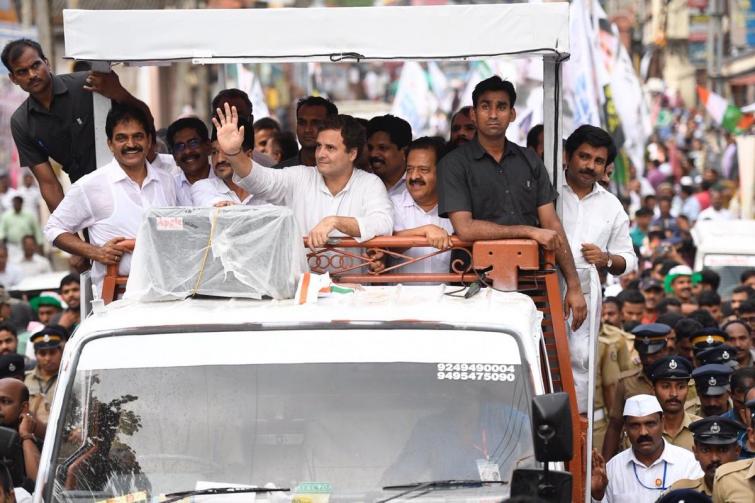 Days after Rahul Gandhi resigns as party president, CWC to meet on August 10 to decide on next chief

New Delhi, Aug 4 (UNI) Amid increasing uncertainty in the Congress over who would be the next party president after Rahul Gandhi quit as party chief, the Congress Working Committee will meet on August 10 to deliberate on the issue.

'It has been decided to hold the next Congress Working Committee Meeting on Saturday, 10th of August at AICC headquarters ,'AICC general secretary in-charge for organization K C Venugopal said.

Topmost on the agenda of the meeting of the CWC, the highest decision making body of the Congress , is to decide on issue of choosing the new party chief.

The public announcement by Rahul Gandhi of his decision to quit as party chief last month has led to a lot of uncertainty in the Congress.

Several Congress leaders, including Shashi Tharoor, have been calling for an early meeting of the CWC to make a decision on the next party chief. The party leaders feel that the uncertainty on the issue is impeding the process of decision making within the party with elections to the assemblies in Haryana and Maharashtra just a few months away.

Sources said that the CWC is also likely to deliberate on the current political situation in the country, including the situation of panic caused among the people of Jammu and Kashmir over the abrupt cancellation of the Amarnath Yatra due to a security threat.

The last meeting of the CWC was held on May 25 at which the CWC rejected Mr Gandhi's resignation offer and gave him a free hand to restructure the party.

However, over the last two months, Mr Gandhi has stuck to his decision to resign and made a public announcement last month of his decision to quit and urged the CWC to meet soon to decide on a new party chief.