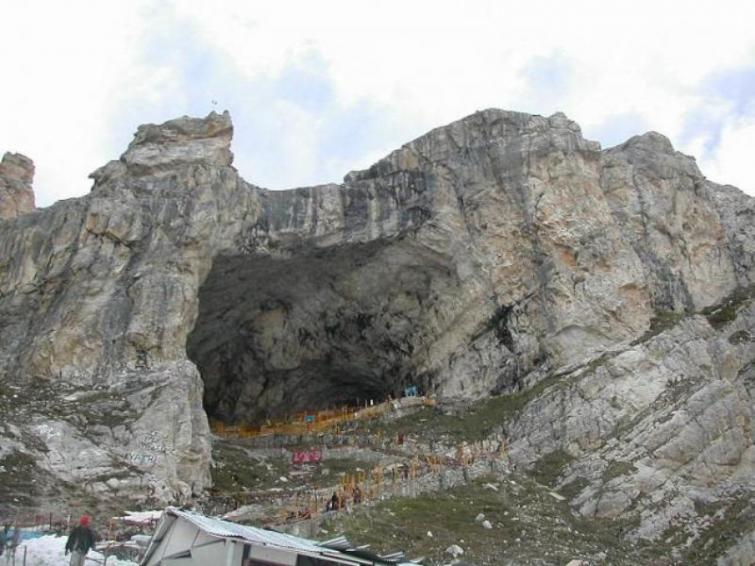 Srinagar, Jul 31 (UNI) The ongoing Amarnath yatra from both Baltal and Nunwan Pahalgam base camps to the holy cave shrine in south Kashmir Himalayas has been suspended till August 4 following of prediction of heavy rain.

An official spokesperson said that the India Meteorology Department has predicted heavy rainfall for next few days all over Jammu and Kashmir, which may cause landslides and shooting stones on Srinagar-Jammu highway, particularly in the stretch between Ramban and Banihal.

He said the track from Baltal and Pahalgam has also become slippery and slushy due to recent heavy rainfall and the situation is likely to aggravate in next couple of days.

“In view of inclement weather conditions, shooting stones and landslides particularly in Jammu region, Yatra will remain suspended till August 4,” he added.