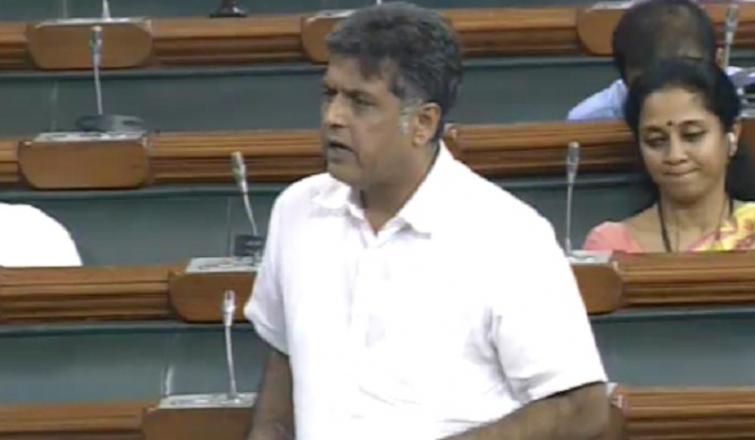 New Delhi, July 23 (UNI): Questioning the government for bringing the UAPA Bill, Congress on Tuesday said whenever strict laws have been enacted, they have been misused and urged that the country should not be made a police state.

Initiating the debate on Unlawful Activities (Prevention) Amendment Bill, 2019 in the Lok Sabha, Congress member Manish Tewari said there is a false notion that strict laws were required to fight terrorism, adding that solutions should be sought through talks.

Political initiatives were required to solve the menace of terrorism, he stressed.

Piloting the bill for consideration and passing, minister of state for home G. Kishan Reddy said the government wants to work with zero tolerance for terrorism in the country.

The state-sponsored terrorism by Pakistan in Jammu and Kashmir has been dealt with firmly and security forces have been given a free hand to act, and the result is in front of the world to see, he added.

Insurgency in the north east region of the country has decreased by 66 per cent, which is a major achievement of the Narendra Modi government, he said, adding that with sustained efforts, the Left wing terrorism has decreased in various states.

"Properties of terrorists can be seized, but if properties exist in different states, we have to go to the DG states, but this bill provides that if the investigation is conducted by an officer of the National Investigation Agency (NIA), the approval of the Director General of NIA would be required for seizure of such property," he explained.

More than 76,000 cases were lodged under the Terrorist and Disruptive Activities (Prevention) Act (TADA), which was enacted, to deal with the terrorism problem in Punjab in 1985, Mr Tewari said.

Conviction took place in 843 cases, so conviction rate was just 1.11 per cent, he maintained, adding that TADA was misused in states, which were not affected by terror.

Similarly, after the Prevention of Terrorism Act (POTA) was enacted, 4,349 cases were registered under the Act, 131 accused were arrested and 13 were convicted, the Congress leader said, to underline his point.

Replying to Union home minister Amit Shah's assertion made on July 15 that POTA was repealed by the UPA regime for "vote bank politics" and not due to its abuse, Tewari said as for humanising POTA, L.K. Advani, the then home minister, in the BJP-led National Democratic Alliance government, had said that POTA was being misused and a review committee was constituted.

An ordinance was promulgated, Tewari said, adding that it's provisions were included in the UAPA.

Questioning the amendments in the bill about empowering the officers of the NIA, of the rank of Inspector or above, to investigate cases, Tewari asked: "Why are you bringing the bar down?"

On the bill empowering the government to designate individuals as terrorists, he said: "How many cases of lone wolves attacks were seen in India, why was this amendment required?"

"If the terrorist organisation is banned, then the financier, the logistics planner and the executor of the crime are automatically banned," he added.

He maintained that the law would be misused, although the intention of the government may be good.

BJP member Meenakshi Lekhi, a lawyer, said she dedicated the bill to the martyrs, who sacrificed their lives for the nation.

She said: "Fear of God and fear of law should be there in the minds of people, who want to harm the country, and this is what this government is trying to do.

"Terror has global face and that needs to be checked. We want to be at par with international arena."

Under the present law, an investigating officer is required to obtain the prior approval of the Director General of Police, to seize properties that may be connected with terrorism.

The bill adds that if the investigation is conducted by an officer of the National Investigation Agency (NIA), the approval of the Director General of NIA would be required for the seizure of such property.

Lekhi said when the property of a terrorist is attached, and he gets a whiff about it, he disposes his property in other states, so to take care of this weakness, the authority to attach property has been transferred to the DG, NIA.

The cases will be disposed in an expeditious manner, she added.

The bill amends the Unlawful Activities (Prevention) Act, 1967, which provides special procedures to deal with terrorist activities, among other things.

Under the Act, the Central government may designate an organisation as a terrorist organisation, if it commits or participates in acts of terrorism, prepares or promotes terrorism. The Bbll additionally empowers the government to designate individuals as terrorists, on the same grounds.