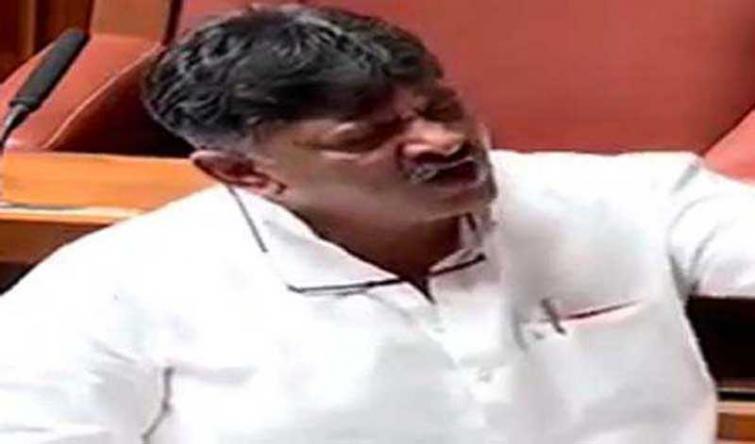 "Yeddyurappa was relentlessly making efforts to sabotage the government. This is the seventh time he was making effort to bring down this coalition government," he alleged.

The coalition government face an acid test today as the confidence motion would be put to floor test at 1900 hrs today as Speaker Ramesh Kumar had earlier said that he was determined to take the debate on confidence motion to a logical end at any cost today.

The government is under threat of falling into minority status after 15 rebel MLAs – 12 from Congress and 3 from JD(S) had quit their seats. But their resignation letter is yet to be accepted by the speaker. However, they have refused to attend the Assembly session and are currently staying in a hotel in Mumbai.

They also sought time to meet the Speaker after he had sent them notices to appear before him today.

He said the BJP had the mandate to run the country and it should bring stringent laws to end ugly horse trading practice and end murder of democracy.

Meanwhile, the BJP has slammed H D Kumaraswamy for not being present at the assembly during the morning session.

In a twitter message it said, "Karnataka trust vote has begun but the chief minister is resting at his Taj West end hotel room. His message is clear that he will continue to loot and waste tax payers money to the very last second as chief minister. He and his party will be answerable to the people very soon."

When the house assembled at 1000 hrs, the Speaker expressed unhappiness about ‘empty’ treasury benches. When the house was convened in the morning for debate on floor test there were very few members from Congress and JD(S) which triggered angry reaction by the Speaker.

J(S) MLA Shivalinge Gowda demanded for exclusion of rebel MLAs. He asked Mr Yeddyurappa to clarify whether the rebel MLAs would be inducted into BJP and given ministerial berths if the current government loses trust vote.

Minister U T Khader questioned the BJP over using the rebel MLAs to approach Supreme Court ‘urgently’ and accused the saffron party of meeting with the rebel MLAs. BJP should provide an answer to these questions, he said.

In the morning Shivakumar met chief minister Kumaraswamy to discuss plan of action in the event the government fails the floor test today, sources said.