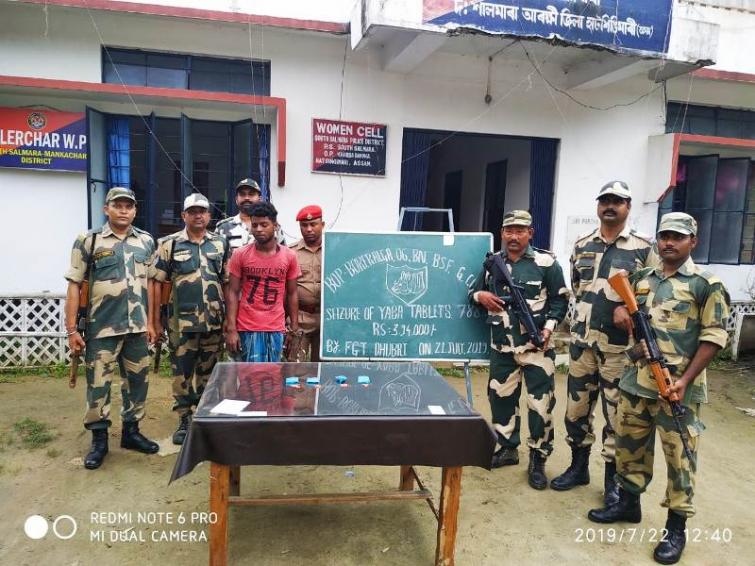 Guwahati, Jul 22 (IBNS): Troops of Border Security Force (BSF) of Guwahati Frontier apprehended one person along with 788 numbers of Yaba tablets on Sunday from the bordering area of Boreralga in Assam’s Dhubri district.

Acting on a tip-off, the BSF troops of Border Out Post (BOP) Boreralga launched a joint operation with police rep of Kharuabanda in general area of Hatsinghimari and apprehended one drug paddler along with 788 Yaba tablets, while he was trying to smuggle from India to Bangladesh.

The apprehended drug paddler was identified as Kalimuddin and later handed over him to  Kharuabanda police for further legal action.

BSF troops apprehended the smuggler as they were alert towards their duty and are making all endeavours to contain such trans-border crimes from the border.