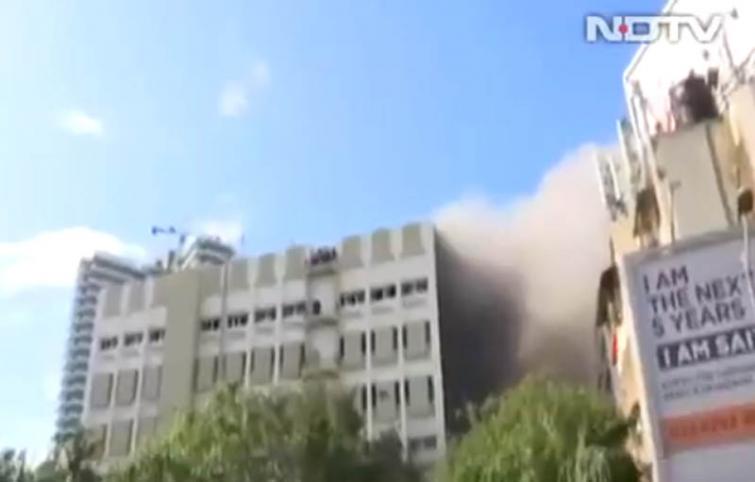 Mumbai, July 22 (IBNS): Around 100 people are feared to be trapped in the MTNL office building in Bandra area of Mumbai where a fire broke out on Monday, officials said.

The blaze started on the third floor of the building, which houses the AC plant.

#MTNLBuildingFire: The fire is confined on the third and fourth floors of the nine-storeyed building and the entire building is smoke logged. Rescue operations underway. pic.twitter.com/JrfFPgXQLP

The fire brigade sent eight fire engines to the spot, which are engaged in dousing the fire.

According to reports, around 100 people are reportedly trapped in the building.

An official said that fire fighting operations were underway and many were trapped inside the smoke-filled nine-storey building at S V Road in suburban Bandra, reported UNI news agency.

The blaze is said to be confined to the third and fourth floors.

According to local reports, around 100 people were said to be on the terrace of the building, where a level-four fire spread, at around 1515 hrs.