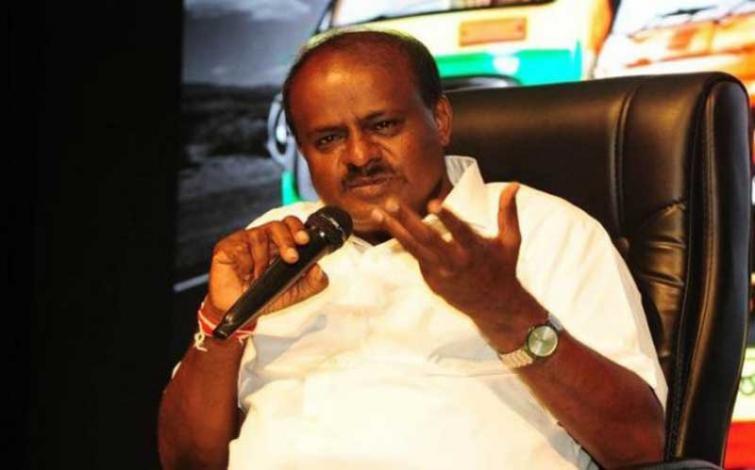 Yeddyurappa insisted on the completion of trust voting process in the assembly on Wednesday as the BJP is eyeing a chance to form the state government.

The ruling alliance of the Congress-JD(S) is on the edge after 16 coalition MLAs resigned in the last two weeks.

The CM accused the BJP of trying to destabilize his government. He said: “I have self respect and so do my ministers. How can I live with this and not discuss this? I have to make clarifications. Who is responsible for destabilising this government?”

The Congress and JD(S) leaders, in their bid to win back the rebel MLAs had so far succeeded in pursuing Ramalinga Reddy, and anxiously looking back to see that four of the rebel MLAs, who are very close to Reddy would also follow suit. Reddy is present in the Assembly.

The lone member belonging to the BSP, who had sought a separate seat in the Assembly, Mahesh, is yet to take any decision whether to support the government or remain neutral.

"I am waiting for directions from our party supremo Mayawati," the BSP member had said earlier.

Two Independent MLAs, who are also ministers in the Kumaraswamy government had also rebelled and extended their support to the BJP.

Yeddyurappa, has held a series of meeting with his party MLAs, stayed at a resort and worked out strategies to defeat the confidence motion in the House.

The BJP has also secured the support of two Independent MLAs. Consequently, it appears that the saffron party is all set to form the government if confidence motion is defeated.

Elaborate security arrangements had been made to ensure the smooth conduct of the House.