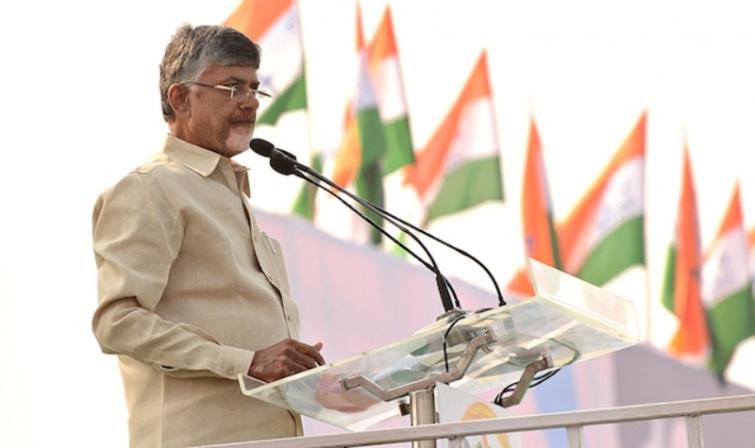 Amaravati, July 18 (UNI): Acrimonious debate was held in the Andhra Pradesh Assembly on Thursday on the riverfront residence of former chief minister and leader of the Opposition N. Chandrababu Naidu.

During Question hour, Chief Minister Y.S. Jagan Mohan Reddy told the House that the government has decided to demolish all the unauthorised constructions. CM Reddy alleged that Mr Naidu lives in a house, which was constructed unauthorised on the bank of the river Krishna.

Taking objection to the Chief Minister’s allegations, Telugu Desam Party (TDP) head readout bylaws of the apex court and argued that his residence, and Grievances hall, which the government already demolished, were not unauthorised structures.

Mr Naidu said that the riverfront building in which he is staying now, owned by industrialist L Ramesh and the Tadeappli panchayat and the UDA approved permissions for the house. He argued that his residence located near to the reservoir but not near the river.

Mr Naidu said that unauthorised structures could be regularised instead of demolishing them. The government wanted to demolish the house in which he is staying with political vendetta to trouble him. He asked the government whether it could remove thousands of status, which were erected inhibiting traffic across the State, as the Supreme Court ordered to remove such status.

Mr Naidu’s comments led to an uproar from the treasury benches as the members said that Ambedkar and YSR statues were erected at various places, and Naidu made comments keeping in them in mind.

Expressing anger over the government’s adamant attitude to demolish his residence, Naidu said, "I am ready to sleep on the road and bear any kind of humiliation.”

I requested the government to allocate the Grievances hall to him to use for party activities but it was demolished by the government," he said.

Chief Minister Reddy said that the flood level at the Naidu’s residence is 19.5 meters high but his riverfront residence is located 22.60 meters. The house constructed violating the River Conservative Rules and norms, Mr Reddy's informed the House.

The Chief Minister said that the TDP approached the High Court to get stay order against the demolition of Prajavedika hall but the court refused to issue the same. After the HC verdict the grievances hall was demolished, the clarified.

During the debate on the Naidu’s riverfront residence, uproars scenes were witnessed as members of the Opposition TDP and the YSRCP traded charges against each other’s. Minister for Municipal Administration Botcha Satayanarayana informed the House that so far over 74,000 unauthorized structures, which were constructed on the banks of canals and rivers, had been identified.