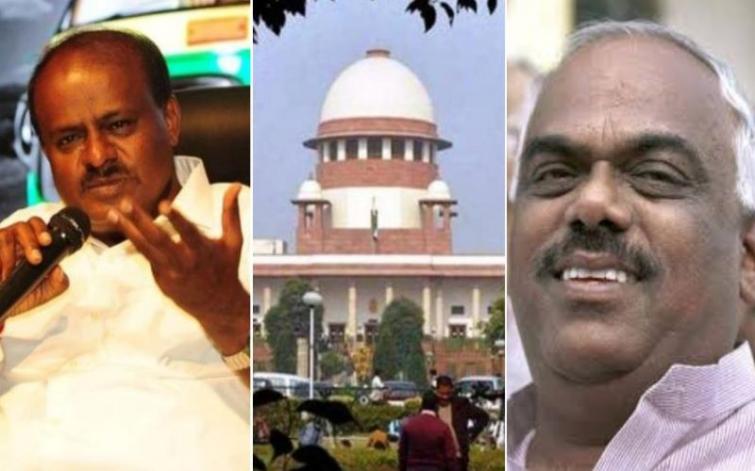 As a result, all eyes will certainly be on Thursday's trust vote which will decide whether JDS' HD Kumaraswamy, who had surprisingly assumed the Chief Minister's post last year, can continue to lead the state.

The trust vote was, however, sought by Kumaraswamy himself.

Sixteen rebel ruling Congress and JDS MLAs have submitted their resignation to Kumar. After the Speaker did not accept their resignations, few of the rebel MLAs had approached the Supreme Court which had directed them to submit the resignation letters to Kumar for the second time.

Two independent MLAs have also withdrawn their support to the Kumaraswamy government.

The top court, however, last week asked the Speaker to maintain the status quo till Tuesday.

Despite facing a crisis in the southern state, the Congress after the Supreme Court's Wednesday verdict posed confident.

In its official Twitter handle, the Karnataka Congress said: "Operation lotus will fail. The truth is victory."

If the resignations of the rebel and independent MLAs are accepted, the Congress-JDS will become a minority government, enabling the BJP, which has 105 seats, to assume power.

Along with the support of independent MLAs, the Congress-JDS had 118 lawmakers in their favour in the 224-member House.

If the resignations of all rebel 16 MLAs are accepted, the majority mark will fall from 113 to 105.

No role in crisis, says BJP

The BJP, which has been accused of disturbing the Congress-JDS government in the state, denied any role behind the crisis.