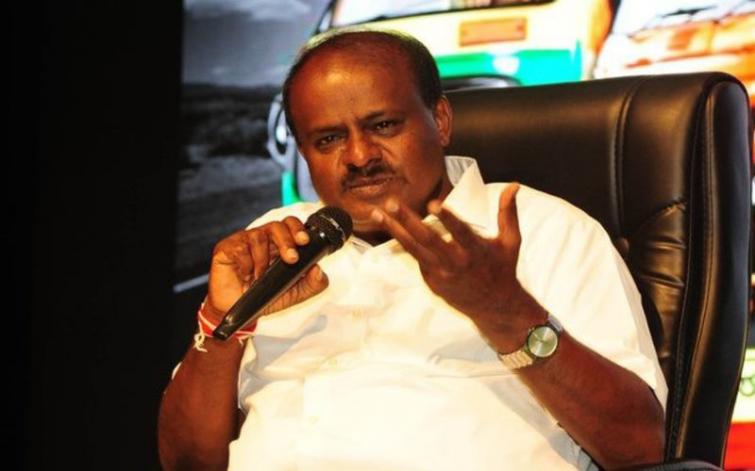 Will he or won't he? This is the question that keeps lingering on everyone's mind about the ongoing political crisis in Karnataka with chances of proving majority by the Kumaraswamy government appearing thin with every passing moment.

The assembly session has started in the state and it is sure to be one of ruckus. The opposition BJP has already sounded that Chief Minister Kumaraswamy has to prove his majority first setting aside the other agendas.

To add a little twist to the tale, five more MLA s had approached the Supreme Court, after submitting their resignation to the Assembly speaker, urging the apex court to direct the speaker to accept their resignations.

BJP , meanwhile, has 106 MLA s and adding the independents will make the number at 108. Hence, it will be proved that Kumaraswamy government has turned into a minority government.

The rebel MLA s are staying in Mumbai resorts. They had asked the local police to safeguard them 24x7 and not to allow any Congress leader to meet them. Congress troubleshooter D.K. Shivakumar tried several times to meet the disgruntled lawmakers but in vain.

The Apex court will continue hearing the rebel MLAs' plea of their resignations to be accepted by the speaker tomorrow and all eyes will be on that ruling. So far the SC has maintained a status quo over the development.

"One hour lasts more than 60 minutes" , this is a well known proverb in the Indian politics. Hence any thing can happen  in Karnataka politics. Proper monitoring of the Political developments in the state is very crucial.