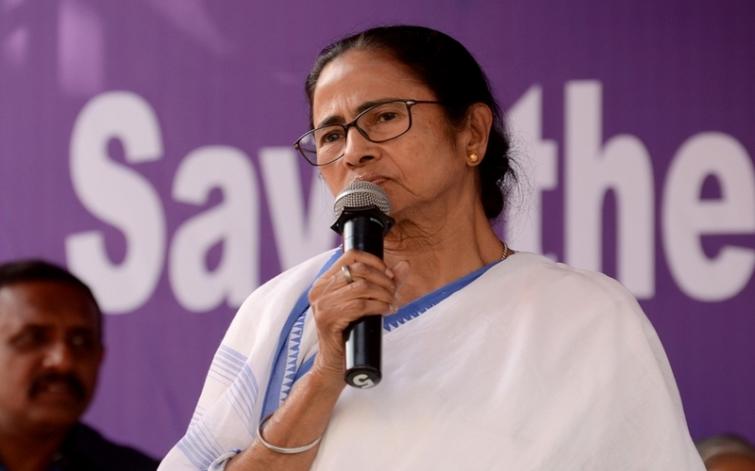 Kolkata, July 12 (UNI): A few weeks back, Chief Minister Mamata Banerjee had declared that today, that is, July 12 would be celebrated every year in Bengal as 'Save Water Day'.

The celebration is meant to raise awareness about water conservation.

The chief minister will participate in an awareness walk, beginning from Jorasanko at 3 pm and continuing till the statue of Mahatma Gandhi on Mayo Road.

It may be mentioned in this context that the government has been successfully implementing the water conservation scheme, 'Jal Dharo Jal Bharo' over the last eight years, under which tanks, ponds, reservoirs and canals are constructed.

The state government is soon going to start a new scheme called 'Barsha Shakti', the name being given by Banerjee.

The basic idea behind the scheme is to convert rainwater to drinking water using solar power.

The pilot project for the scheme would start soon in South 24 Parganas district.

Rainwater collected in tanks would be hauled to rooftop tanks using pumps run on solar power.

The project would initially start in two villages and two schools in South 24 Parganas, within the next two months.

The highly-successful 'Jal Dharo, Jal Bharo' Scheme will include 15 more municipalities in its ambit within the next one year as part of the State Government’s water conservation efforts.

'Jal Dharo, Jal Bharo' is the brainchild of Banerjee, who has laid great stress on the digging of ponds to preserve water.

The water is used mainly for farming and fishing. The project was taken up in 2011.

The Panchayats and Rural Development Department has been playing a major role in the implementation of the scheme.

Under its tanks, ponds, reservoirs and canals are constructed. Those who are working to dig up are getting jobs under the 100 Days’ Work programme of the Mahatma Gandhi National Rural Employment Guarantee Act (MGNREGA) Scheme.

Of late, the chief minister has been repeatedly stressing on protecting the environment at various public fora.

Recently she designated July 12 to be celebrated as 'Save Water Day' all over the State every year.

She has also coined the slogan, 'Save Water, Save Power, Save Environment'.