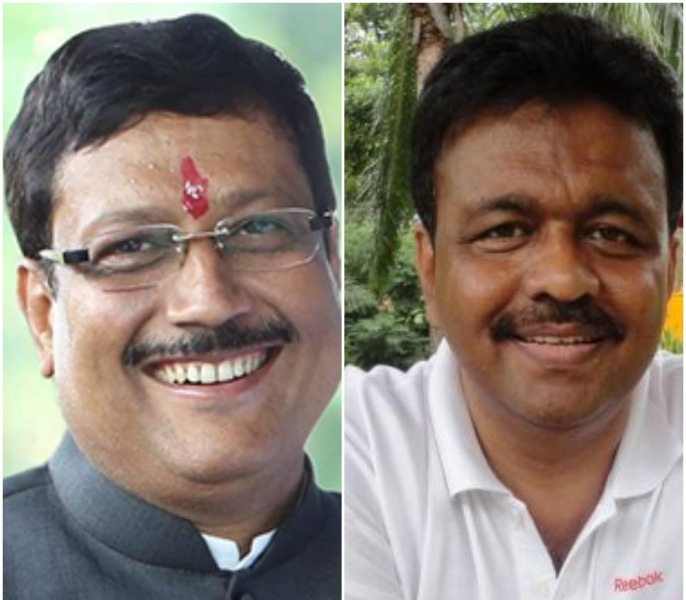 Kolkata, Jul 8 (UNI) West Bengal Education Minister Partha Chatterjee on Monday made it clear that nobody is above party and said Bidhannagar Municipality Mayor Sabyasachi Dutta has been tarnishing the Trinamool image.

"The party has given several chances to Dutta but he is being misled by some people. The party won't sit idle and will take necessary steps, " added Chatterjee.

Trinamool Congress senior leader Firhad Hakim, who presided over a meeting with party's Bidhannagar municipality councillors to asses their take on Dutta, who is allegedly hobnobbing with BJP leader Mukul Roy, also said he would recommend to party's disciplinary committee to take the sternest action against "erring" Dutta.

"He ( Dutta) is a traitor and Mir Jafar," a reference to former Nawab of Bengal, who went to grab power in connivance with the British to oust Siraj ud-Daulah in 1757 in  Bengal.

Firhad Hakim, also the state urban development minister, presided over a meeting with party's 36 Councillors on Sunday where the members expressed "no" confidence against Mayor Dutta, who has reportedly been not attending the office for a long time.

Firhad said no one was indispensable for the party and Dutta should better quit the party rather sabotaging in collusion with " our enemy" ( BJP).

Party sources said if Dutta did not turn up then he would be asked to quit the
post of the mayor or a no-confidence move will be brought against him soon.

Meanwhile, a fresh meeting between Roy and Dutta held on Sunday night in which the latter said the former came to advise him.

Dutta said whatever happened in the party level or with the party councillors about him was not known to him.

"I would act only when there is a written question I get from the party," Dutta
told reporters on Monday.

He said, "Mukul Roy is my like dada and he advises me freely not like Prasant
Kishor advising TMC against payment."

Dutta also squarely criticized his own organisation TMC for allegedly hiring poll
strategist Prasant Kishore, saying the money for the same is either Rs 500 crore or Rs 400 crore and asked who was paying those money.

Dutta said, "Mukul Da is advising me freely on different issues like concerning the government employees for DA ( dearness allowance ) and those who are charging money for TMC (Prasant Kishor) become honest. "

Countering Firhad Hakim for dubbing him "traitor", Dutta said time will say who is traitor.