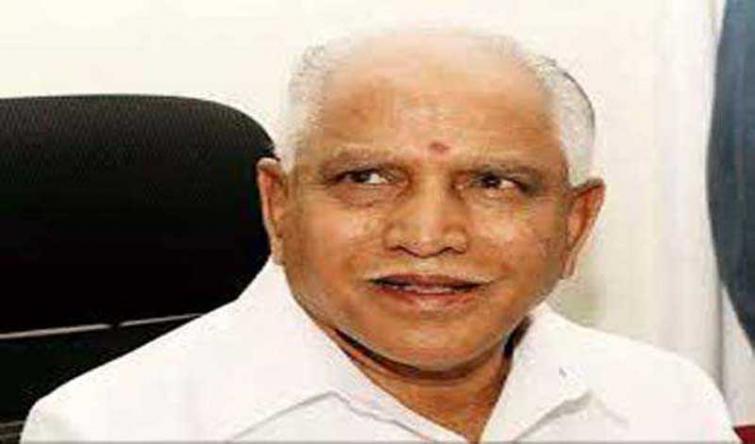 BJP is not behind resignation by 12 Congress-JDS MLAs in Karnataka: BS Yeddyurappa

Bengaluru, July 6 (UNI) Opposition leader in the Karnataka Legislative Assembly B S Yeddyurappa, who is also BJP State President, said that his party was not behind the alleged resignation tendered by 12 MLAs of Coalition partners Congress and JDS.

“We are not responsible for the present crises in the Coalition Government and BJP is not behind the resignations by 12 MLAs of Coalition parties,” he said.

Talking to newsmen here on Saturday, Yeddyurappa said that “we have decided to wait and watch about the political developments and will take appropriate decision at suitable time”.

He said, "Whatever is happening is not good for the State as such frequent crisis in the government will affect development activities."

The Congress-JDS coalition government in Karnataka is facing trouble as eight Congress and three Janata Dal Secular legislators have submitted their resignations to the office of the Speaker in his absence, media reports said.

Those MLAs who have submitted their resignations to the Speaker’s Secretary Vishalakshi included three from the JDS and the remaining eight from the Congress and they were H Vishwanath, B C Patil, Mahesh Kumatalli, Ramalinga Reddy, Byrati Basavaraju, Muniratha, Narayanagowda, Pratap Gouda Patil, H Gopalaiah, Shivaram Hebbar.

The disgruntled MLAs who waited for the Speaker at his office in Vidhana Soudha, had decided to submit their resignations to the Speaker’s Secretary and meet Governor.

Senior Congress leader and Minister for Water Resources D K Shivakumar rushed to the Speaker’s office where rebel MLAs were waiting for the Speaker and tried to wean away the MLAs, in vain.

Speaker K N Ramesh Kumar, who was in the office for some time in the morning left his chamber even before the disgruntled MLAs arrived.

According to official sources, two independent MLAs, Nagesh and V Shankar, who were admitted into the cabinet recently to quell the rebellion in the ruling coalition, also likely to submit their resignations to the cabinet.

The sudden political developments in the State is being occurred when the Chief Minister H D Kumaraswamy is away in United States and he is expected to return tomorrow.

KPCC President Dinesh Gundu Rao is also away in London, on a private visit.