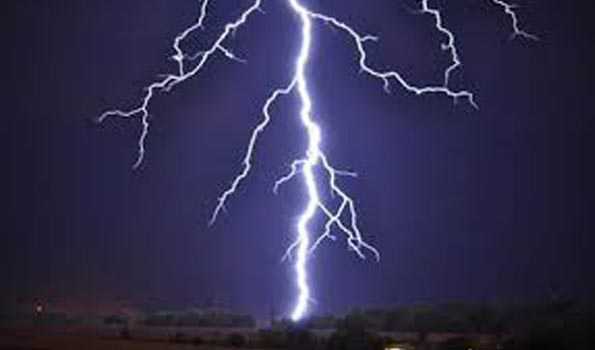 One dies in lightning in Palghar

Palghar, June 28 (UNI): An eight-year-old boy from a village in the district died when lightning struck the village on Thursday afternoon, the district disaster control room said.

The chief of the control room Vivekananda Kadam told this correspondent that heavy rains lashed the district and especially the interior of the villages.

The victim, Mahendra Badga, of Satkor in Teranpada of Vikramgad taluka was playing in the courtyard of his house when the lightning struck him and he died on the spot, the officer said.

The local police have registered a case of accidental death following the death of the boy.