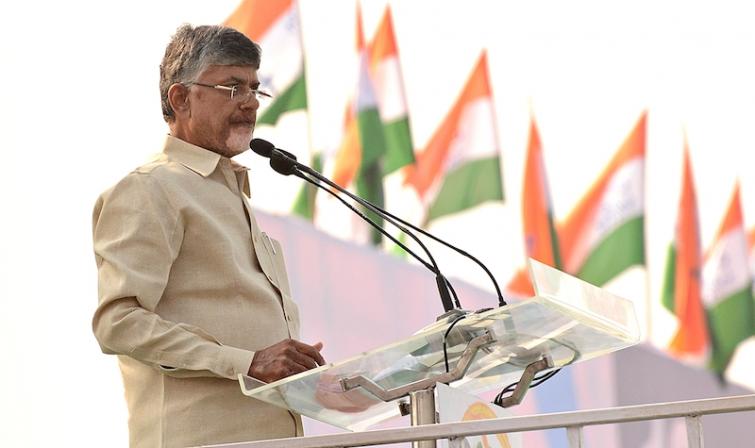 Amaravati, June 26 (UNI): Leader of the Opposition in the Andhra Pradesh Assembly and former Chief Minister N Chandrababu Naidu is contemplating to vacate his riverfront residence, located on the south bank of the river Krishna at Undavalli near here in Guntur district.

TDP sources said that some senior leaders suggested to Mr Naidu that it would be wise if he vacated his residence before it was razed as it had apparently been constructed violating rules.

The TDP leaders discussed about the Chandrababu Naidu’s riverfront residence in the wake of the demolition of Praja Vedika conference hall, located adjacent to his residence.

The Praja Vedika was demolished as it was constructed very near the river water in violation of rules.

Mr. Naidu’s residence is located about just 50 meters away from the Krishna river, which is against river conservation rules.

The house in which Chandrababu Naidu lives now belongs to the Lingamaneni Constructions private limited. He has been living in the house for the past three years.

Sources said that they had seen a house, located near a five star hotel in the heart of the city, for Mr Chandrababu Naidu.

The TDP leaders have also seen two more houses for him and one is located on the outskirts of the city and another is in the city limits itself, the sources said.

It may be noted here that YSRCP MLA Alla Rama Krishna Reddy made it clear that the government would also pull down the house in which Chandrababu Naidu lives as the house was constructed violating all the rules.