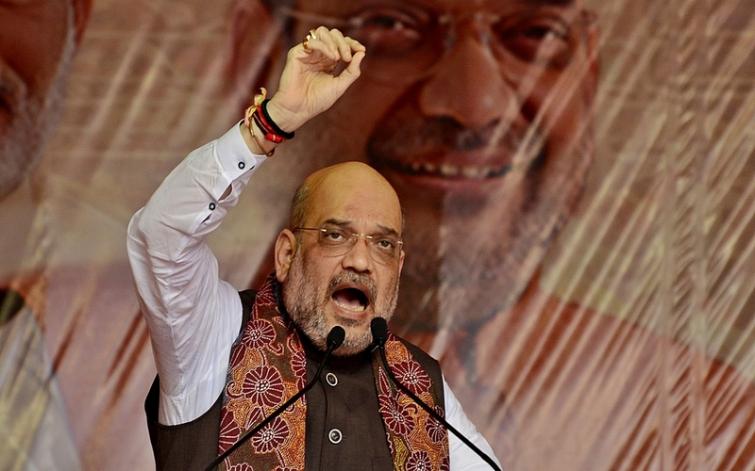 New Delhi, June 24 (IBNS): Union Home Minister Amit Shah will on Monday table his first bill in the Lok Sabha on Jammu and Kashmir reservation since he was elected to the lower house of the parliament last month, media reports said.

Shah, who replaced Bharatiya Janata Party (BJP) veteran Rajnath Singh as the Home Minister, is set to speak in the Lok Sabha over the bill's importance.

The bill is aimed at replacing 'The Jammu and Kashmir Reservation (Amendment) Ordinance, 2019', which was approved by the union cabinet and passed by President Ram Nath Kovind, to provide 10 per cent reservation to economically weaker sections of the valley.

All eyes are also on some of the promises made by the BJP in its Lok Sabha poll manifesto like scrapping of Article 370 and Article 35A, the steps which may lead to a clash with the regional parties of Kashmir like Peoples Democratic Party and National Conference.

Article 35A, which was incorporated in the constitution by a 1954 Presidential order, defines the permanent residents of Jammu and Kashmir. It bars people from outside the state to own immovable property in Jammu and Kashmir. It was aimed at protecting the rights and guarantee the unique identity of the people of the state.

Under the Jammu-Kashmir constitution, a Permanent Resident is a person who was a state subject on May 14, 1954, or who has been residing in the state for a period of 10 years, and has “lawfully acquired immovable property in the state”.