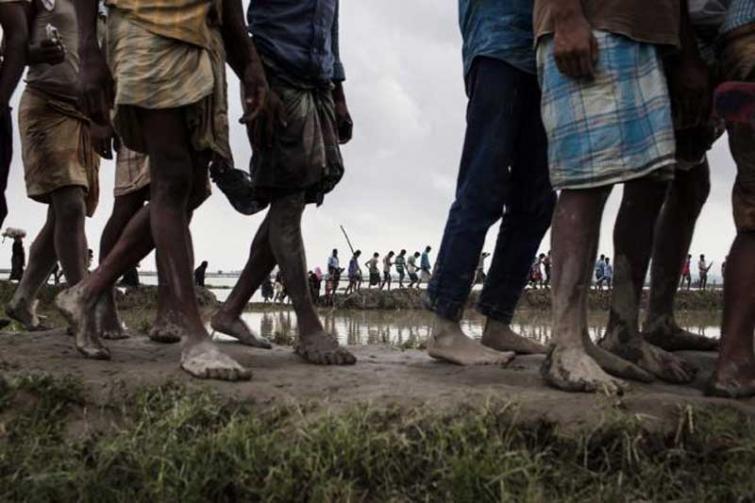 A top official of Mizoram police said that the Rohingya minor girls were rescued from a house at Dungtkang village in Champai district and suspected human traffickers had taken them from Myanmar to India via Bangladesh.

The rescued Rohingya girls were produced before the Chief Judicial Magistrate on Tuesday.

Recently, Mizoram police had rescued over 15 Rohingya girls in the state.

On April 25, Mizoram police had apprehended eight Rohingya women at Vairengte police check point along Mizoram-Assam border while the Rohingyas were trying to enter Mizoram without any valid documents.

The top Mizoram cop further said that, Rohingyas become a big threat and Mizoram police have asked all district police to launch operations against the Rohingyas in the state.