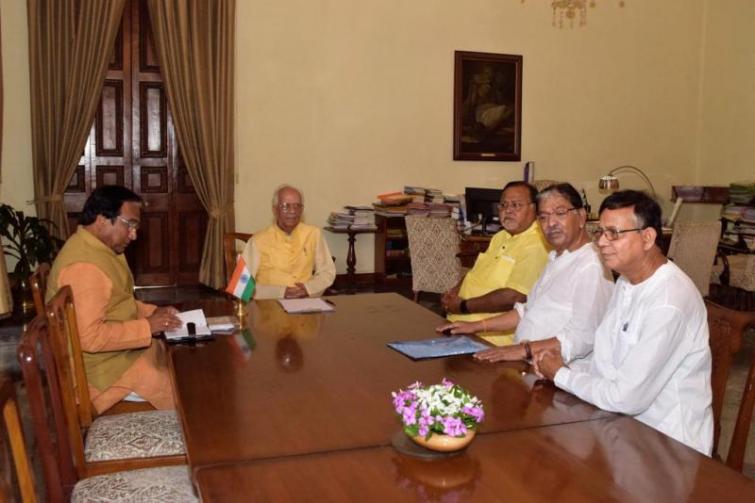 Kolkata, Jun 13 (UNI/IBNS): West Bengal Governor Keshari Nath Tripathi met representatives of four major political parties - ruling TMC and Opposition parties BJP, Congress and CPI(M) at the Raj Bhawan on Thursday in the backdrop of escalating violence across the state, particularly after May 19, the last day of Lok Sabha poll.

The Governor, who had been in New Delhi on Sunday, a day after three people were killed at Sandeshkhali in North 24 Parganas, had briefed the law and order situation to Prime Minister Narendra Modi and Union Home Minister Amit Shah.

The Governor said that all the political parties should adopt a constructive approach for the welfare and its people.

He appealed to people to work unitedly for peace and harmony consitent with the culture and traditions of West Bengal.

The Union Home Ministry had also sent an advisory to the state government, expressing concern and sought action taken report.

After the meeting, Majumdar said the Governor gave some suggestions during the  meeting, but the ruling Trinamool Congress representative said he could not endorse it before talking to Chief Minister Mamata Banereje.

Md Salim and Mitra alleged that both BJP and TMC were trying to vitiate the atmosphere of the state.