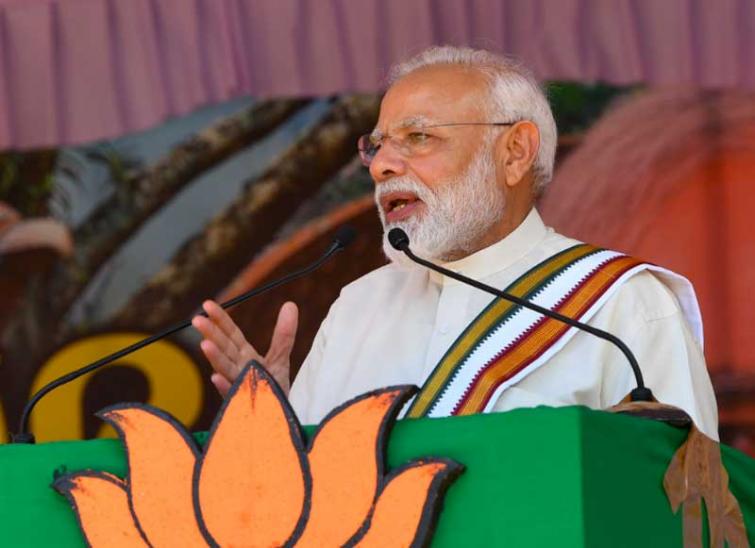 PM Modi will not use Pakistan airspace to fly over to Kyrgyzstan for SCO Summit: MEA

New Delhi, Jun 12 (UNI) In what is seen as government of India's deliberate and determined move to be seen not taking any 'favour' from its western neighbour, it has been decided that Prime Minister Narendra Modi will not fly over Pakistan on way to Bishkek for the SCO Summit.

"A decision has been taken that the VVIP aircraft (of Modi) will fly via Oman, Iran and Central Asian countries on the way to Bishkek," MEA spokesman Raveesh Kumar said here in reply to a question on Wednesday.

Mr Kumar said - the Government of India had 'explored' two options for the route to be taken by the VVIP aircraft to Bishkek and hence a decision has been taken.

The Prime Minister will on Thursday leave for the two-day Shanghai Cooperation Organisation (SCO) Summit to be held on June 13 and 14 in Kyrgyzstan capital Bishkek.

Earlier reports suggested Pakistan has approved "in principle" to allow Prime Minister's aircraft fly over its airspace to Bishkek to attend the Summit.

On June 10, Monday answering a specific question whether the government of India had asked for 'permission' from Pakistan to use its airspace, Secretary (West) in the Ministry of External Affairs Gitesh Sarma had said: "I think it is difficult for me to get into aspects related to Prime Minister’s flight routes, the technical aspects, these are dealt differently. There are other items security and other kind of dimensions that are processed very differently".

"So.....we would not be the right people to be answering this question," he has said.

During the briefing both Mr Sarma and MEA spokesman Mr Kumar had also maintained that there was no confirmation whether PM Modi will have any bilateral with his Pakistani counterpart Imran Khan.