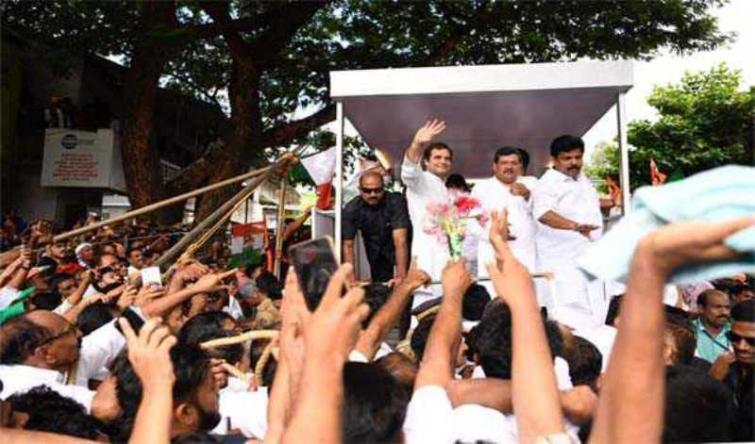 Wayanad, Jun 9 (UNI): The All India Congress Committee president and MP of Wayanad Rahul Gandhi concluded his three-day thanksgiving visit to his constituency on Sunday.

The Congress chief on Sunday morning staged a roadshow at Ingampuzha and Mukkam in Kozhikode district which is a part of the Wayanad LS constituency where thousands of UDF supporters thronged the wayside to greet their national leader.

Earlier, Gandhi had staged road shows in Malappuram district on Friday evening and spent the whole Saturday meeting and greeting the voters of Wayanad district.

The KPCC president Mullapally Ramachandran, the opposition leader Ramesh Chennithala and the AICC general secretary K C Venugopal were among those who accompanied Gandhi during his three-day visit to Kerala.

Gandhi concluded his road show by around 12:30 PM and left for Karipur airport, from where he will fly back to New Delhi by 14:00 hrs.