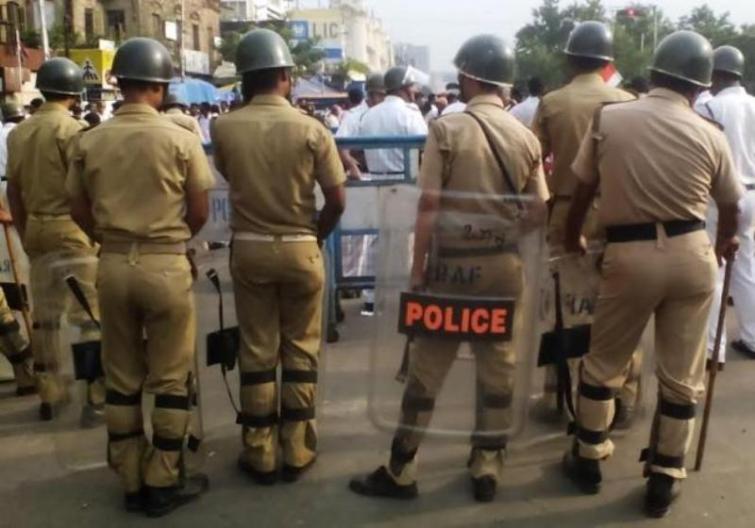 The BJP has claimed that one more party worker is killed and five are missing.

The clashes took place at Nayjat, which is about 70 km from Kolkata in the Sandeshkhali area, a part of Bashirhat Lok Sabha constituency, around 7 pm.

According to reports, the clashes erupted over removing of party flags from public places in the Hatgacha panchayat area.

A huge police force was sent to the area to restore peace.

Although the Trinamool Congress won the seat at Hatgacha, the BJP had an initial 144-vote lead over the ruling party.

The TMC worker killed in the incident was  identified as 26-year-old Qayum Mollah, who was shot and hacked to death during the clashes.

The two deceased from BJP has been identified as-Pradip Mondal and Sukanta Mondal-one of whom was shot in the left eye.

The three bodies were brought to a hospital in Bashirhat late on Saturday night.

According to reports, the Trinamool was holding a booth-level meeting at a marketplace in Hatgacha when the clashes broke out with BJP workers, who were in the vicinity.

Angry barbs and insulting exchanges between the two groups led to violence ultimately.

We will be reaching Union Home Minister Sh @amitshah ji to apprise him of Sandeshkhali killings.

According to reports, BJP president Amit Shah has already sought a report from the state unit of the party about the incident.

On Sunday, a delegation off 11 BJP leaders from the state including WB President Dilip Ghosh, Mulkul Roy, Sayantan Basu and Locket Chatterjee among others will visit Sandeshkhali.

The situation in West Bengal has turned worse in recent times with regular violence being reported from across the state following the results of the Lok Sabha elections.

While the TMC did manage to win with 22 Lok Sabha seats, the BJP had a huge entry into the state with 18 of the 42 total seats, just four less than the ruling party.

Mamata Banerjee had earlier skipped PM Narendra Modi's swearing-in ceremony as a protest to allegations by the BJP that as many as 54 of its workers were killed in political violence across the state in a span of last six years.