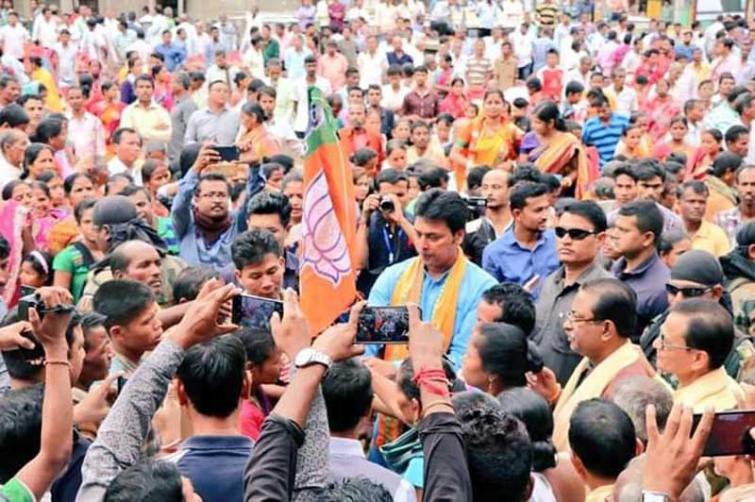 Ram Madhav is also scheduled to hold separate meeting with the senior leaders of  the party and ministers during his stay in the state to review the party activities, prevailing political situation and preparation of upcoming panchayat election to be held  next month.

The constituency wise rally of BJP was already held across 54 assembly segments  of 60 in last 10 days and the central celebration of BJP’s victory in both LS seats will be in front of Rabindra Shatabarshiki Bhawan in the afternoon.

In the rally, BJP leaders will formally recognise the voters for their massive support in the just concluded Lok Sabha elections. Besides Ram Madhav and Vijaya Rahatkar,
Chief Minister Biplab Kumar along with Deputy Chief Minister Jishnu Dev Varma and other ministers would address the gathering. Sharing dais both the newly elected MPs – Pratima Bhowmik and Rebati Tripura would greet the people of Tripura.

The BJP has scripted history in Tripura by winning both the seats first time in the state.