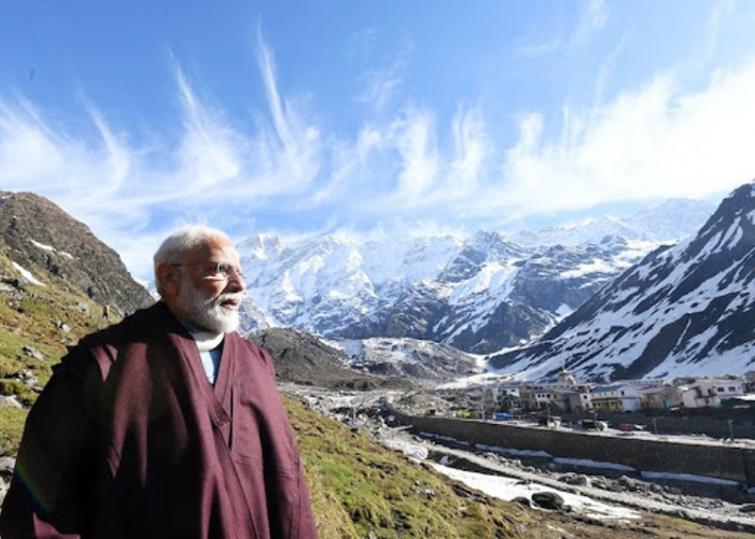 Narendra Modi: A timeline of his political career

Trumping the Opposition in every battle he was thrown into, Narendra Modi proved, at least for now, to be invincible in the Indian politics which was once dominated by the Congress.

The Hindu nationalist Modi, a former Rashtriya Swayamsevak Sangh (RSS) worker, entered into a second term in the Prime Minister's Office as the Bharatiya Janata Party (BJP) alone secured 303 seats (the NDA tally is 353) in a 543-member Lok Sabha.  He took oath as the Prime Minister for the second term on May 30, 2019

As the 68-year old politician is set to rule the country for the second term as the Prime Minister, IBNS looks back at some of his biggest events in his political career.

After then Gujarat Chief Minister Keshubhai Patel's health deteriorated in 2001, the BJP leadership, which was in search for a replacement, chose Narendra Modi, who had no electoral experience, to become the Deputy Chief Minister of the state.

Upon Modi's denial to be Patel's deputy, the saffron leader was chosen as a replacement for the then Chief Minister.

The most controversial episode in Modi's political career has always been the riots after the Godhra training burning incident.

On Feb 27, 2002, a train, which was carrying a huge number of Hindu pilgrims coming from Ayodhya, was burnt near Godhra. The pilgrims were coming after conducting a religious ceremony at the site in Ayodhya where Babri Masjid was demolished.

A day after Modi stated the train incident was carried out by local Muslims, a riot took place killing hundreds of people- both Muslims and Hindus.

Following the riot, then Prime Minister Atal Bihari Vajpayee had also asked Modi to perform "the moral duties of a ruler (rajdharma)". Though the Gujarat Chief Minister wanted to resign, he was not dismissed by the BJP at that moment.

Though cases were filed against Modi over his alleged personal involvement with the incident, a Special Investigation Team (SIT) later asked the Supreme Court to close all the cases owing to lack of evidences. 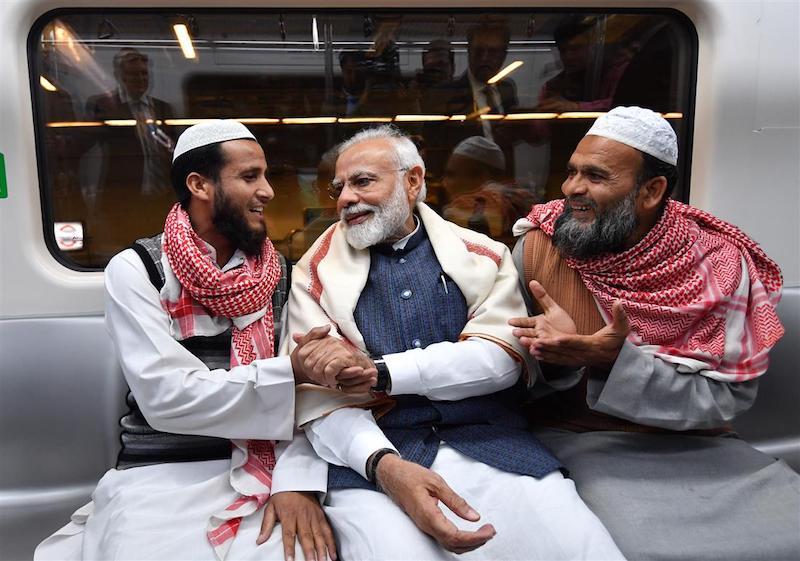 In 2002, 2007 and 2012, Modi continued to sweep the state elections with the developmental model in Gujarat, where industries and business boomed under the Chief Minister's leadership. He became a darling of India's industrialists and the Gujarat model became an example of development and industrialisation. 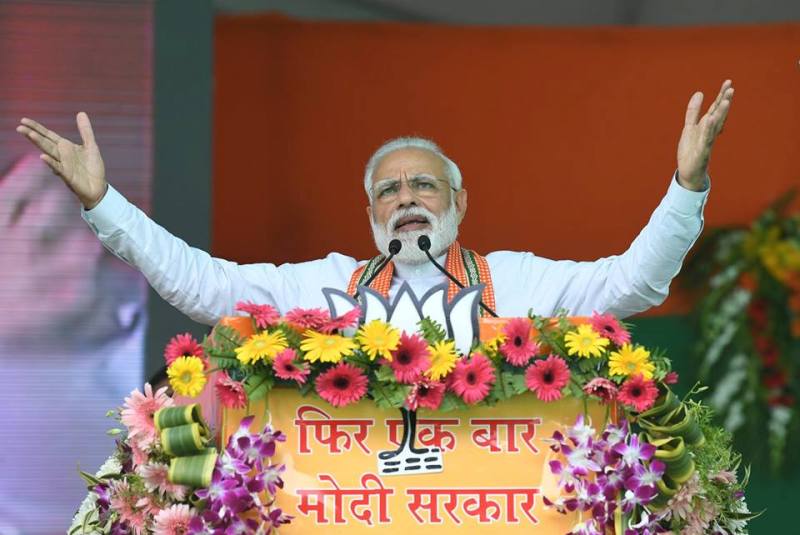 After getting elected as the Chief Minister for three consecutive terms, Modi was named as the BJP's Prime Ministerial candidate for the 2014 General Elections. Though several top BJP leaders including LK Advani was opposed to Modi's candidature, the BJP leader played a significant role in the saffron party's bid to oust the Congress-led United Progressive Alliance (UPA) government. 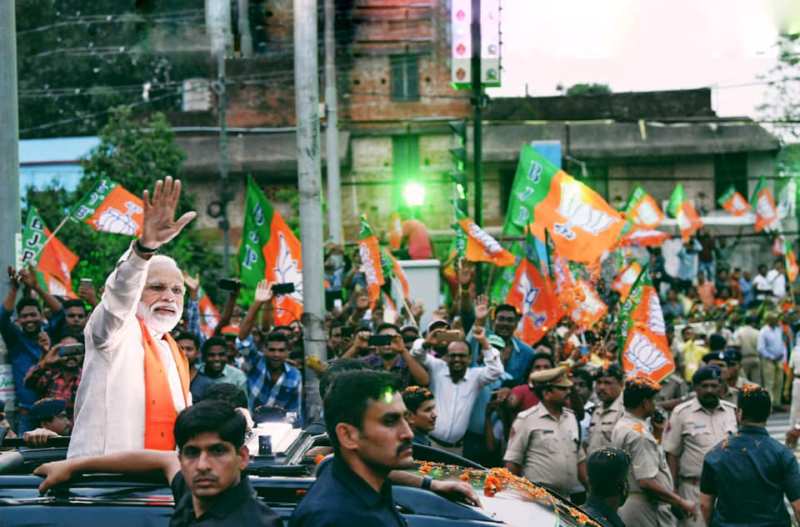 The 2014 General Elections centered around Modi, who was all over the posters, television campaigns, pamphlets and hoardings of BJP, as the slogan "Ab ki bar Modi Sarkar" resonated across the nation. 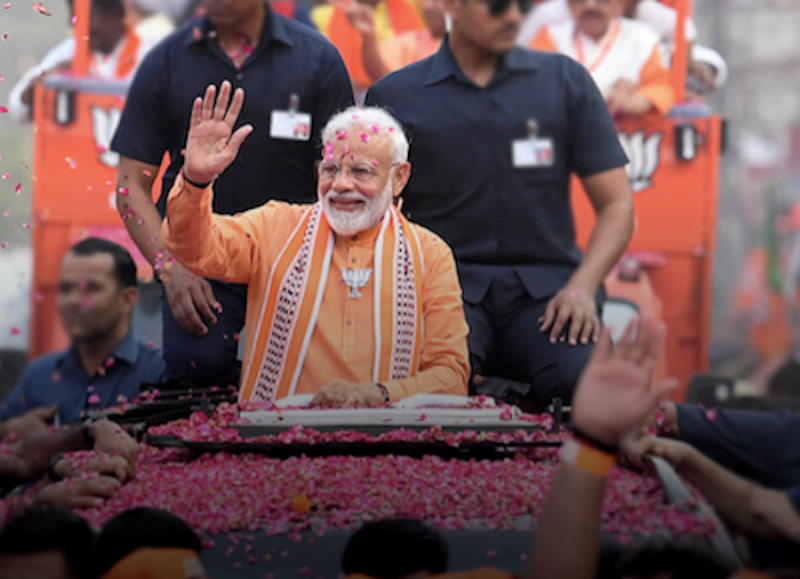 On Sept 18, 2016, an attack was carried out by four armed militants on an army base near Uri, Kashmir. Nineteen Indian soldiers were martyred in the attack. Eleven days later, India had responded with a surgical strike against the suspected militants in Pakistan-occupied Kashmir.

On Feb 26, India retaliated and carried out an airstrike this time across the Line of Control (LoC) near Balakote in Pakistan-occupied Kashmir. However, the number of terrorists killed are not known. 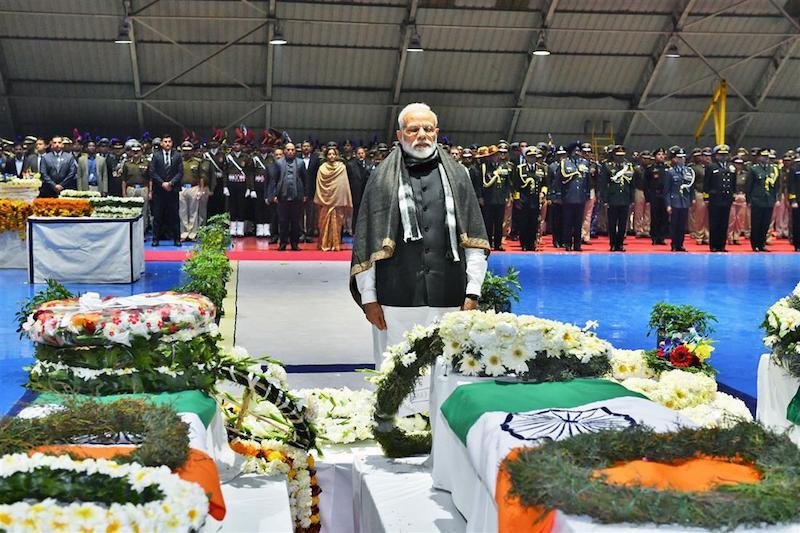 In an aim to curb black money in the country, Modi on Nov 8, 2016, announced the banning of all 500 and 1000 rupees notes. From Nov 9, people of the country had to stand in the queue outside bank to replace the banned notes with the ones of lower denominations.

Not only several opposition leaders hit out at the Prime Minister for the move, the Reserve Bank of India (RBI) later issued a statement where it said 99.3 per cent of the demonetised notes had returned to the banking system.

Though he had vehemently opposed "one nation one tax" regime as the Gujarat Chief Minister, Modi made a landmark economic reform by introducing Goods and Services Tax (GST) at midnight on Jul 1, 2017.

Though the Prime Minister has streamlined the tax regime, the opposition leaders kept on attacking Modi for introducing five tax slabs in the GST system. 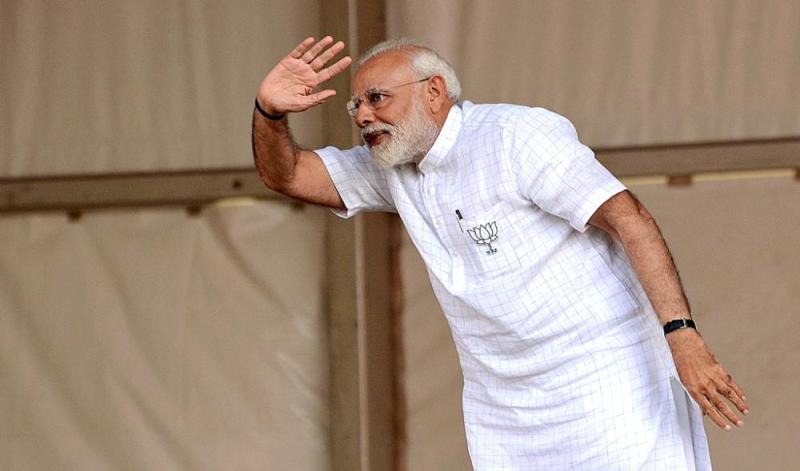 After a gruelling election campaign and a staggered seven-phase elections, Modi again returned as the Prime Minister with a sweeping majority. His party BJP alone bagged 303 seats while the BJP led National Democratic Alliance got a whopping 353 seats in the 543 member Parliament. A week after registering a landslide victory in the electoral battle,  Narendra Modi took oath as the Prime Minister of India for the second term in the presence of some 800 delegates from India and abroad on May 30, 2019 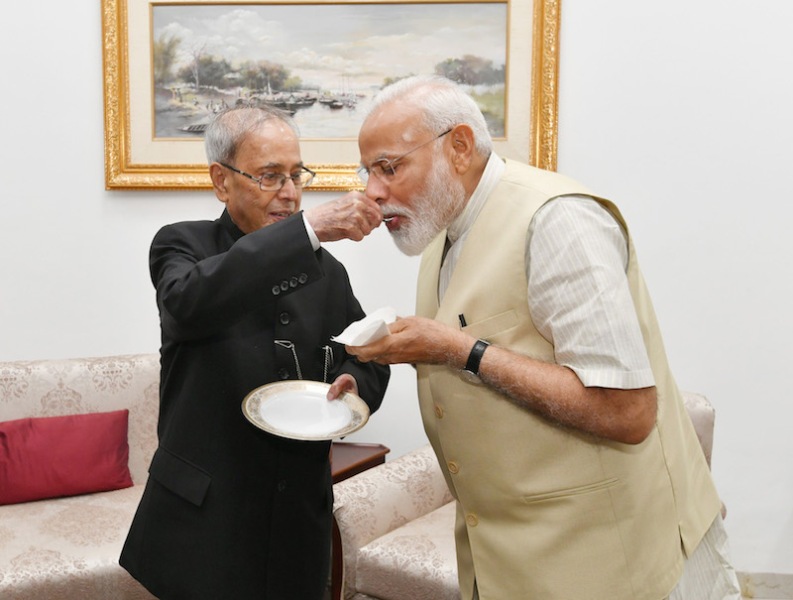