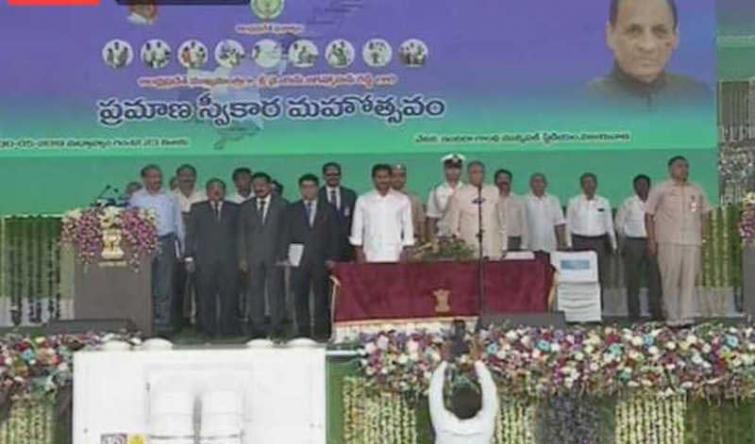 Vijaywada, May 30 (UNI): YSR Congress Party (YSRCP) president Y.S. Jagan Mohan Reddy, who led his party to a landslide victory in Andhra Pradesh, was sworn-in as Chief Minister of the state on Thursday.

He was administered the oath of office and secrecy by Governor ESL Narasimhan at 12:24 pm at a grand public function in Indira Gandhi Municipal Corporation (IGMC) Stadium here.

He is the second Chief Minister after N. Chandrababu Naidu of Andhra Pradesh post its bifurcation.

The YSR Congress Party has bagged 151 of the 175 seats in the state assembly and 22 of the 25 Lok Sabha seats and decimated the Telugu Desam Party (TDP).