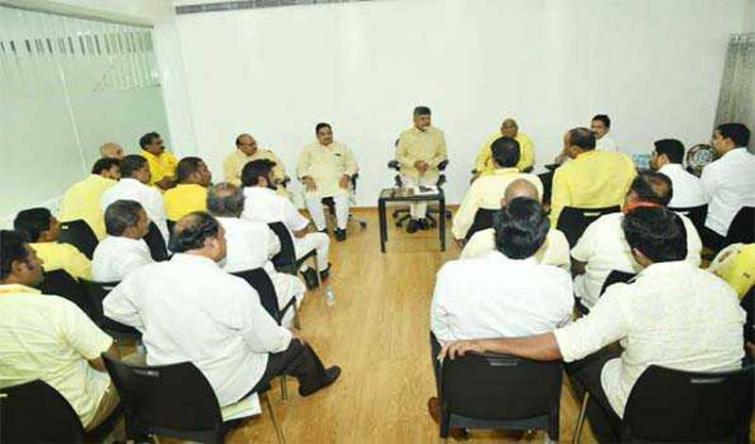 The TDP legislature party meeting was held at the residence of Naidu at Undavalli near here on Wednesday.

The TDP MLAs 'unanimously' elected him as their leader.

It may be mentioned here that the TDP has 23 legislators, including Mr Naidu, in the 175 member Assembly. Except three legislators, all the 20 MLAs attended the legislature party meeting.

The government had taken up several irrigation projects and expedited the construction of new capital city Amaravati despite the state was facing financial crisis.

“Unfortunately, the people’s verdict is against us. However, the TDP has got 39.2 % votes. Let us wait and see how the new government will perform. We should observe keenly the changing political situation before we respond”, he told the legislators.

The TDP legislators told their leader that the Opposition should raise the problems of constituencies in the Assembly. Naidu opined that the TDP did not tasted rout because of people's wrath. The YSRCP registered a landslide victory as people have shown sympathy towards Jagan Mohan Reddy, he felt.

Meanwhile, MLA N Chinarajappa told media that the appointment of party Whip was left to Chandrababu Naidu. Though the TDP has only 23 legislators in the Assembly they would keep on raising the problems of people.

The TDP would analyse the reasons for its debacle in the general election, he said.