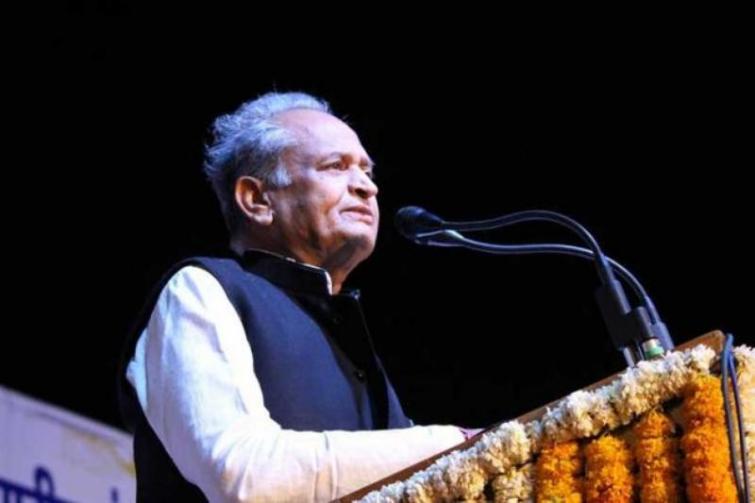 After Rahul tough talks, Ashok Gehlot defends himself over campaign

New Delhi, May 28 (IBNS): It seems like the decimation of Congress in the recently-concluded Lok Sabha Election has created some internal rift in the party.

Rajasthan's Congress Chief Minister Ashok Gehlot on Tuesday defended his stand and said he only dedicated a fraction of his time to campaign for his son, who was a candidate in the Lok Sabha election.

The BJP won all the 25 Lok Sabha seats even after Congress came to power in the state only six months ago.

The followers of Sachin Pilot have levelled allegations against Gehlot that he did not live up to the needs of the party and confined himself more towards the campaign for his son.

The Chief Minister has addressed 104 rallies and public meetings across Rajasthan. Of these, only 11 were in Jodhpur - his home turf from where his son Vaibhav Gehlot contested and lost, NDTV quoted sources as saying in response to the allegations.

"Mr Gehlot went for nominations of 22 candidates out of 25. He visited each constituency at least three times. In Jodhpur, he held only 11 meetings and went there for only 9 of the 52 days during the campaign from March 14 to May 4," NDTV quoted the source as saying, presenting a fact-sheet containing the details of the rallies and meetings.

This comes after Congress president Rahul Gandhi's tough talk on Saturday where he said senior Congress leaders did not provide enough time for the party but campaigned rigorously for their sons, who they fielded in the Lok Sabha election.

Rahul to quit as Congress president?

Meanwhile, Rahul Gandhi is adamant on leaving the party's charge as the president.

On Tuesday, both Sachin Pilot and Ashok Gehlot went to Delhi to meet him but could not.

The BJP swept the polls by winning 303 seats. The BJP-led National Democratic Alliance (NDA) got 353 seats.