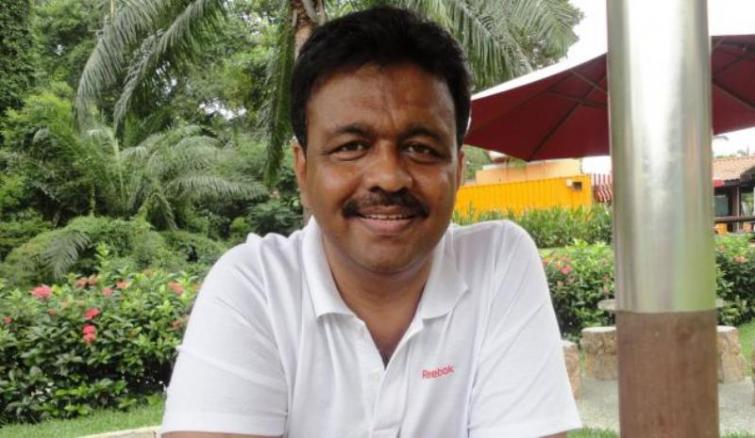 Kolkata, May 28 (UNI): Furrows deepened on the Trinamool Congress forehead with the steady desertion of political heavyweights, which is not only leaving the party in a shambles, but was also creating a deep organisational vacuum, even as party veteran and Kolkata Municipal Corporation mayor Firhad Hakim said those who left the TMC to join the BJP lacked ideology.

"In politics you have to fight the opponent ideologically even when the chips are down. They are like the rats who leave a ship when it sways slightly," Mr Hakim said in reaction to the developments.

Another party MLA Jyotipriya Mullick, ruling out any impact on the party, said: "This desertion cannot cow us down. The workers are with the party. Those who left are mere opportunists. It can't be a factor and we are with our leader Mamata Banerjee."

It all started with Mamata's former Man-Friday Mukul Roy defecting to the saffron brigade in 2017. The desertion of Roy, known for his political sagacity and organisational acumen, was seen as a major setback to the ruling party, whose woes didn't end here as party MPs from Bolpur Lok Sabha constituency in Birbhum district and Bishnupur Lok Sabha constituency in Bankura district Anupam Hazra and Soumitra Khan respectively also switched over to the BJP.

Additionally, Bhatpara strongman Arjun Singh, who was denied a TMC ticket, switched over to the BJP and defeated Trinamool candidate Dinesh Trivedi from Barrackpore in the Lok Sabha elections. Trivedi was a two-time sitting MP.

With the polling day witnessing large-scale violence in this constituency and after several swings on the counting day, Mr Singh finally managed to overcome Mr Trivedi by a slender margin. Arjun's son Pawan Singh, who was put up as a candidate from Bhatpara Assembly constituency, which falls under Barrackpore Lok Sabha constituency, on a BJP ticket for the bypoll, literally decimated Trinamool Congress veteran Madan Mira, who was sidelined from the party for a long time because of his alleged involvement in Saradha chit fund scam.

Today, following in his father Mukul Roy's steps, Subhranshu Roy, MLA from the Bijpur Assembly constituency, who was suspended from the ruling TMC for six years, joined the BJP in New Delhi.

Parading the councillors, including a large number of women, and the three legislators, BJP general secretary Kailash Vijayvargiya said: "More Trinamool Congress leaders and MLAs are going to join BJP in seven phases from next month as were the general elections."

"There will be more MLAs coming to join the BJP from June 1," said Mukul Roy.

To a question why his son Subhrangshu, who represents Bijpur Assembly, took so long to join the saffron outfit, Mukul Roy said: "All these were part of strategy as I had said during elections that many Trinamool Congress will continue to stay in Trinamool but vote for us."

He also referred to post-result violence and said BJP lost two of its workers due to unholy nexus of Trinamool workers and the police.

He said: "BJP is not doing any horse trading in Bengal but it is the Trinamool which has been indulging in this and caused split in Congress earlier. In fact, Mamata Banerjee started doing defection after she lost many seats in the panchayat election."

To a question, he further said: "The BJP's struggle against TMC in Bengal will continue and the people of state will decide the future politics."

On Mamata offering to resign, he said: "It's nothing but drama. It is like my son appearing in an exam, the question paper is set by his maternal uncle and paper checked by another uncle. She is only indulging in theatrics and will not give up power till the people force her to do so."