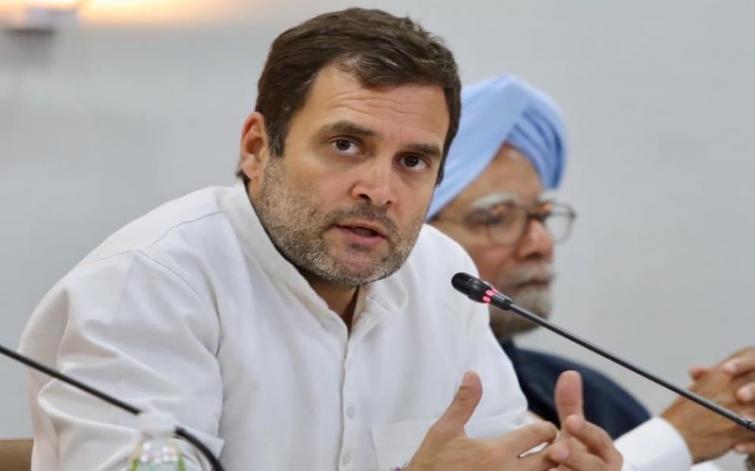 New Delhi, May 25 (IBNS):   The Congress Working Committee, the highest decision making body of the Congress, on Saturday turned down the resignation submitted by party president Rahul Gandhi after his party performed poorly in the Lok Sabha polls.

Speaking on the issue,  Randeep Singh Surjewala, party leader, said during a press conference: "Rahul Gandhi presented his resignation to the CWC, but the CWC unanimously rejected it, as we need his guidance and leadership."

He said the CWC accepted the mandate of the people.

"As a responsible opposition party, we will fulfill all the duties to bring forward the issues of the people," he said.

"Congress has lost the battle but our fight against divisive forces and our commitment to our principles continue to be stronger," the Congress leader said.

The Congress leaders praised Gandhi's leadership and passed a resolution, authorising him to restructure the party.

The Congress faced a rout for the second time and ended at 52 seats, increasing just eight more from its tally in 2014.